With their third album, „Down Below“, the Swedes TRIBULATION were able to extend the uniqueness of their melodic and dark sound. How difficult it is to classify the band genrewise can be seen not least in the fact that they fit into the billing of the last Arch Enemy tour (with Wintersun) so well and did not at the same time. Guitarist Jonathan Hultén reports about the tour, the album and the plans of the band to return to Germany soon.

You just got back from your tour with Arch Enemy and Wintersun. Are you satisfied with the tour?
Yes, it was a good experience and a proper way to start the tour cycle for the new album. The audience was new to us so that’s always a good thing. 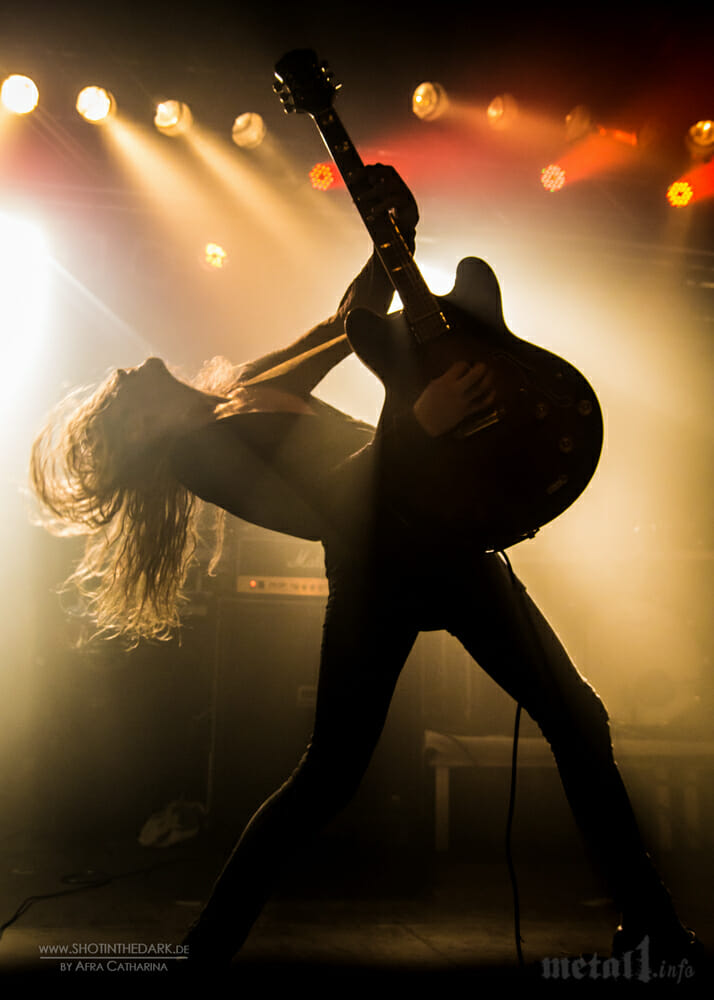 Its a very broad range of musical styles combined in this billing. How did TRIBULATION fit into this context, how did the Arch-Enemy-fans react to your music?
We don’t match a lot in aesthetics but it does not really matter in the end; considering the nature of Tribulation we can potentially fit in anywhere – or nowhere. As for how the audience reacted I think there were people who really appreciated it but also people who did not like it at all. As it may be, everything is not for everyone and that is totally fine.

Any funny anecdote to tell from this tour?
Well, we had a lot of bus problems during this tour and changed vehicles and drivers all the time. I’m not sure it’s very funny (and it certainly wasn’t at the time) but the last vehicle was without a doubt the worst substitute for a nightliner we have ever traveled in. It was so small, cold and uncomfortable that it felt like a parody, like we were on candid camera or something. It got to a point where the only thing we could do was to laugh at the whole situation.

You have a very unique liveshow, since your guitarists sometimes seem to dance more then acting on a stage as other bands do playing metal. What was the idea behind that, where does that come from?
All things we do on stage have evolved over a long period of time and aren’t at all calculated. Throughout the years of performing live the performance has been going through a series of changes which has occurred spontaneously, springing forth from our body and minds on a collective level as well as on an individual plane. How we are expressing ourselves is in other words the result of an ongoing organic process of semi-conscious artistic development. 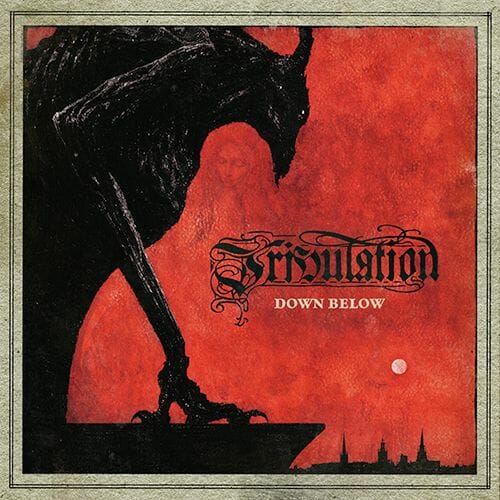 Your new album „Down Below“ has recently been released – what’s the idea behind this title?
It was originally the working title of a number of songs on the album and has a lot to do with the content of the lyrics and overall atmosphere of the material. At first we found it hard to figure out what the actual album would be called until we realized we had already had the title right in front of our eyes all the time. ”Down Below” sums up red thread that ties the album together as a whole.

The artwork looks very dark, but without being cliche-black-metal. What’s the connection between artwork and music/lyrics?
As the title itself, it summarizes the mood of the lyrics and the music very well. We wanted something that had a feeling of otherworldly, skewed creepiness and crookedness, ominous and brooding, giving off a sense of deep grief. The gargoyles and grotesques of Notre Dame were the models for the motif. The cover that eventually came into being is also radiating a fierce aggression which also is residing in the music and is further emphasized by the choice of color. 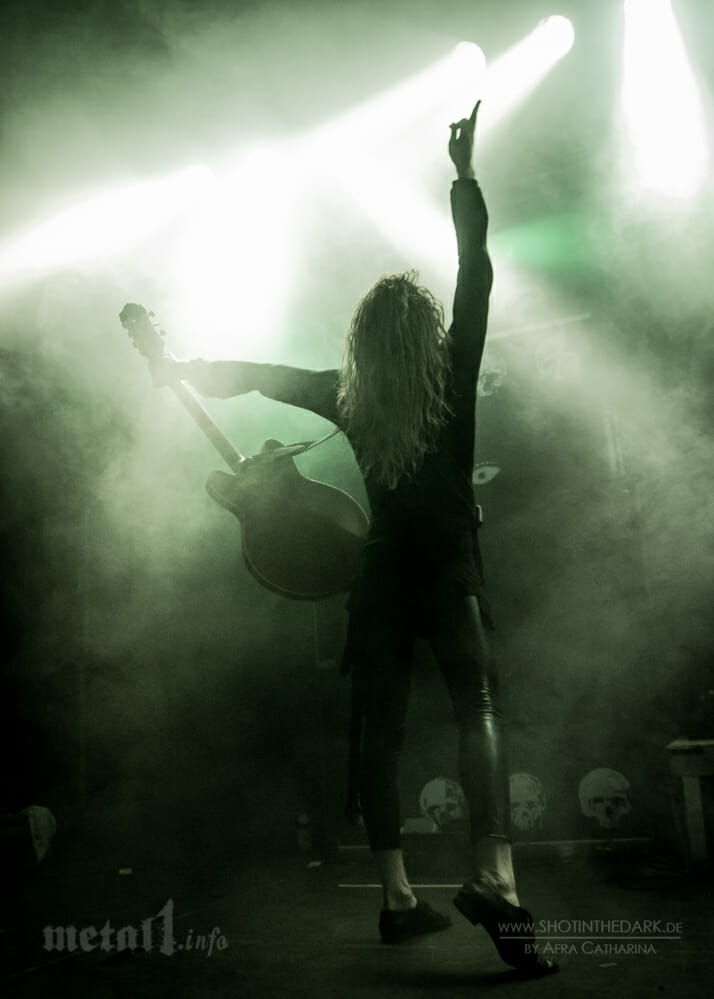 Music-wise, the album sounds very characteristic – you really have your own style. Was that your intention or did it just evolve that way?
We always just create as freely as we can but with a general idea of what we want to achieve. Eventually it usually turns out completely different than how we originally intended, but as long as it feels right it’s all about letting the work itself guide you. The writing and recording processes start to live their own lives at some point and then we just have to follow it to where it wants take us.

You also did a music video for one of the songs, „The Lament“. Why did you choose this song?
As with the album title and the artwork, we feel like it sums up the overall atmosphere of the album and gives the listener a good introduction to the musical journey that is ”Down Below”. That is also why it is the first track of the album.

What do you think about music videos in general- are they more a promotional tool  or a piece of art themselves?
Practically they have the function of being both, but personally I very much prefer seeing the video format as an excellent platform for creating art.

Since 2017, Oscar Leander, the former Deathstars-drummer, is part of TRIBULATION. Why was he the perfect man for this job? Is there a parallel between TRIBULATION and Deathstars?
Deathstars does not have much to do with Tribulation, except maybe for the use of makeup. But even that we are doing in a very different manner. What brought us together are more casual factors, like meeting Oscar at the exact right moment and having a lot in common in terms of friends and where we grew up. Last but not least he is an excellent drummer and shares the hunger that makes us want to continue to create and play music.

Will there be a (co)headlining-tour in support of „Down Below“ as well, or was the tour with Arch Enemy your only planned trip with „Down Below“?
We just did a tour with Insomnium in March and more dates and tours will be announced soon! 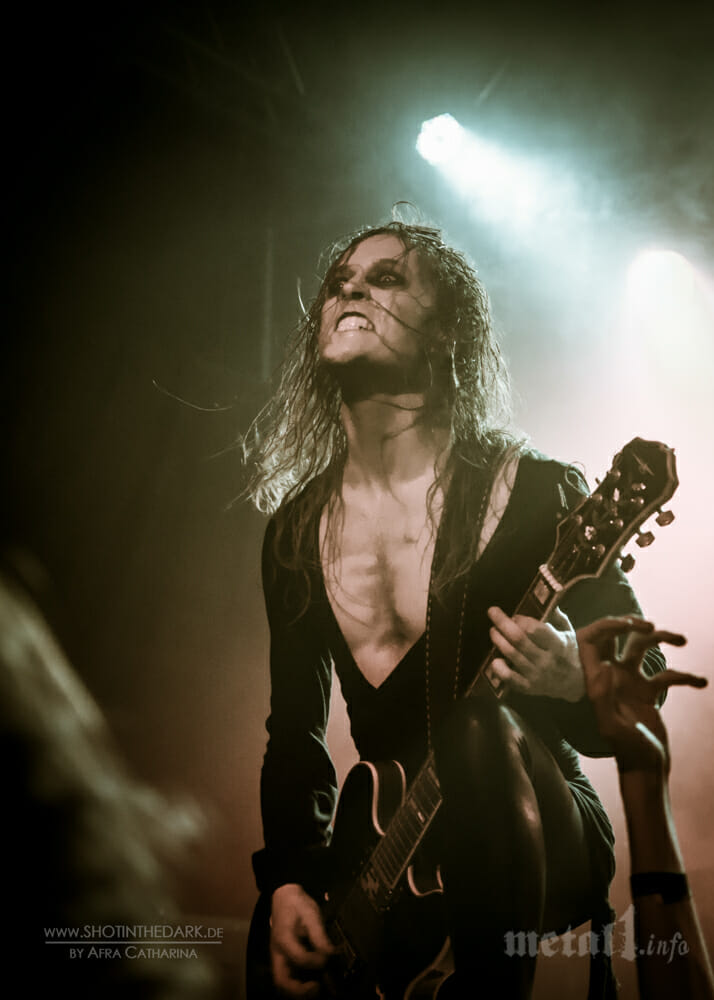 Thanks for your answers – lets finish this with a short brainstorming:
Donald Trump: Let’s just hope he does not start WW3 on a whim.
Germany: One of the best countries to tour in.
Black Metal: Genre that houses a wide range of both exceptional and bland music.
Ballet: Beautiful art form.
TRIBULATION in 10 years: Complete artistic freedom.

The last words are yours:
Hope to see you on tour and thank you for the interview!

Tribulation
Where The Gloom Becomes Sound
2021 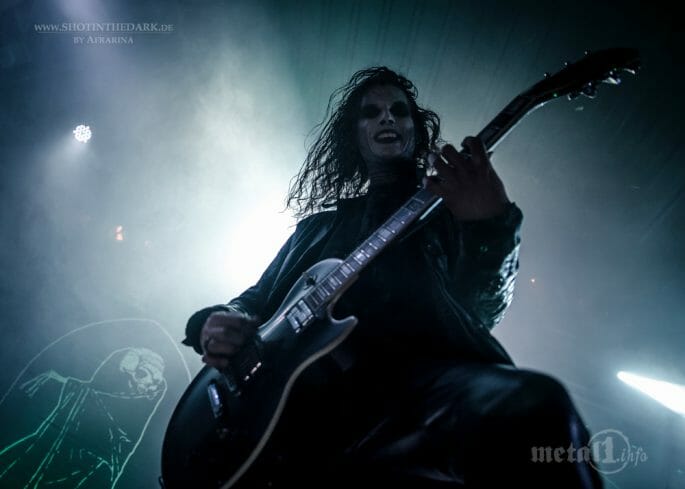