The 2016 debut did not quite live up to the expectations of the Allstar project SINSAENUM – quite different the second album, „Repulsion For Humanity“, which has now been released. Bandhead and Dragonforce-guitarist Frédéric Leclerc about the different approaches to both albums, the reasons why Attila hardly contributed to the new album and the preparations for the tour.

Your first album was released only two years ago, in the meantime you published an EP. How much time do you have for your other projects, especially Dragonforce, at the moment?
Right now I am doing summer festivals with Dragonforce, and we started working on new songs for our next album. I am of course very busy with SINSAENUM as well since the album is out now, but yeah – I have time to do both.

Would you say, SINSAENUM is your main project at the moment?
I am involved in SINSAENUM and Dragonforce equally. Both are very important and I treat them as someone with two kids, I imagine: They are different, not the same age, not the same characteristics, but yeah, I love both. SINSAENUM holds a special place in my heart because I started it and I am involved in every aspect of its evolution, but I also wrote 80 % oft he last Dragonforce album. 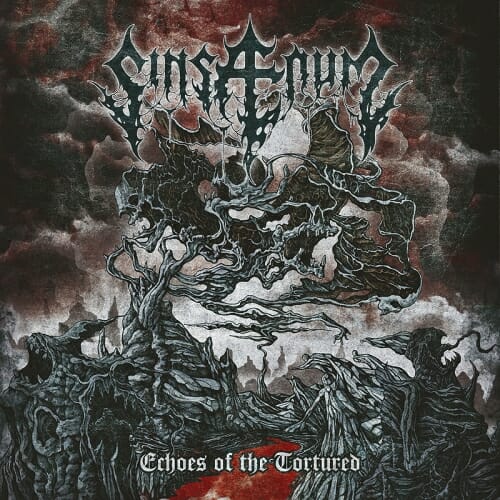 Two years is no time for a new album – how did you manage it to be that quick?
I didnt have any problems with inspiration. The review for „Echoes“ were great and I guess that motivated me. I have a lot of hatred inside of me and it had to come out one way or another: it came out as „Repulsion for Humanity“.

When you look back on „Echoes Of The Tortured“ – what do you think about that album from today’s point of view?
I am very proud of it and I wouldn‘t change a thing. Im happy with the sound, the artwork, the performances, the interludes, the songs. I wouldnt change a thing. 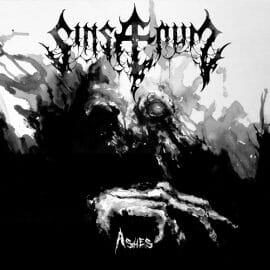 I think the musical development of SINSAENUM is striking – the debut was very straight extreme metal, „Ashes“ was a bit more diverse, but „Repulsion For Humanity“ is even more versatile. How did this development come about, what are the reasons for this development?
The first album has been mostly written „just for myself“: When I started writing songs for what would become SINSAENUM, I didnt know who would be in the band, hell, I didnt even know if that would end up being a band. All I knew was that I wanted to write perfect death metal songs. And dont get me wrong, when I say perfect, I mean: “perfect for me“. I wanted the riffing of Morbid Angel with the vibe of Pestilence, the violence of Deicide with some of the groove of Carcass … I wanted to combine all my influences and make the death metal album I always wanted to hear. Then the band became what it is now – because they all have a strong musical personality, because I know who I am playing music with and because they got more involved in the songwriting … and because this time theres nothing more to prove. I have done that „perfect“ death metal album, now all I care about is violence, no matter if the song is slow, has a punk riff or lasts 9:30 minutes. Theres less rules, and therefore more room for experimentation. 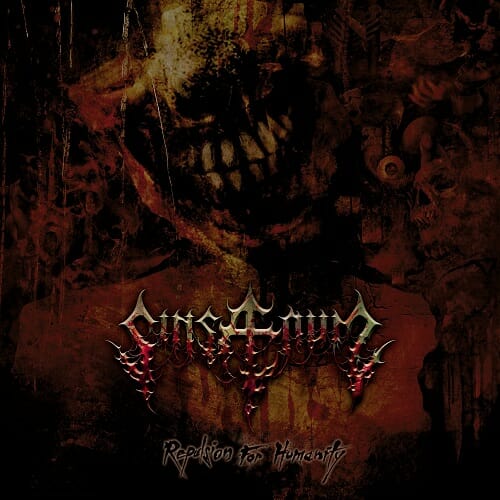 There are also some really dark, but quite „calm“ songs on that album. What made you rethink the approach to go always with the most extreme riffing, drumming and screaming?
Exactly what I just said before: its a natural evolution. I didn’t think as much as I did on the first album – if at all! „Echoes“ was very defined, with interludes, telling a story, with an order. This one is just a giant fist through your skull, just pure sonic hate.

Did you change anything regarding your cooperation within the band? In our last interview you told us, that you never met as a band before the album was recorded … how did you work this time?
We rented a house during the winter, in France. Joey flew in and recorded the drums with Stephane and me, and they Heimoth and Sean joined us some days after, so we all were working on the songs, the structures, the lyrics, the vibe … it was important to have that connection this time. A little downer is that Attila is no part of the new album. What was the reason for that?
He has been – and still is – very busy with Mayhem, Sunn O))) and Tormentor. And so, when he came here to record „Ashes“, we talked about the album recording and we already knew he wouldn‘t be able to be free around that time. So most of the songs were written with that in mind. Attila is still a member of the band, he just wasnt free for this album and asked us to not wait for him because there was a momentum for the band and we needed to grab this opportunity.

It’s so easy to record your tracks at home, so to say – why wasn’t it possible to wait or to get his contributions done individually and just add them to the record? Why did you decide to proceed and publish the album without him?
Attila has done some backing vocals and wrote some lyrics. But has been away most of the time. I dont know if you’ve ever experience touring intensively but when you get back home, the last thing you wanna do is talk about or even listen to music! So everything has been done the way it had to be done. Also it gave more room for Sean to experiment, which was great:he has done an amazing job!

Will he be part of the upcoming tour?
Attila is still busy around that time and we are out to promote the new album mainly so it’s all good.

In general: How do you prepare for a tour? Do you rehearse regularely, or only a few times rigth before you go on tour?
With the distance, I do the same as we do with Dragonforce: you learn your parts individually, and then you rehearse with the band for a week solid. Thats what we do and it works fine, and thats what we are going to do with SINSAENUM as well. We all play the songs a few times each every day. 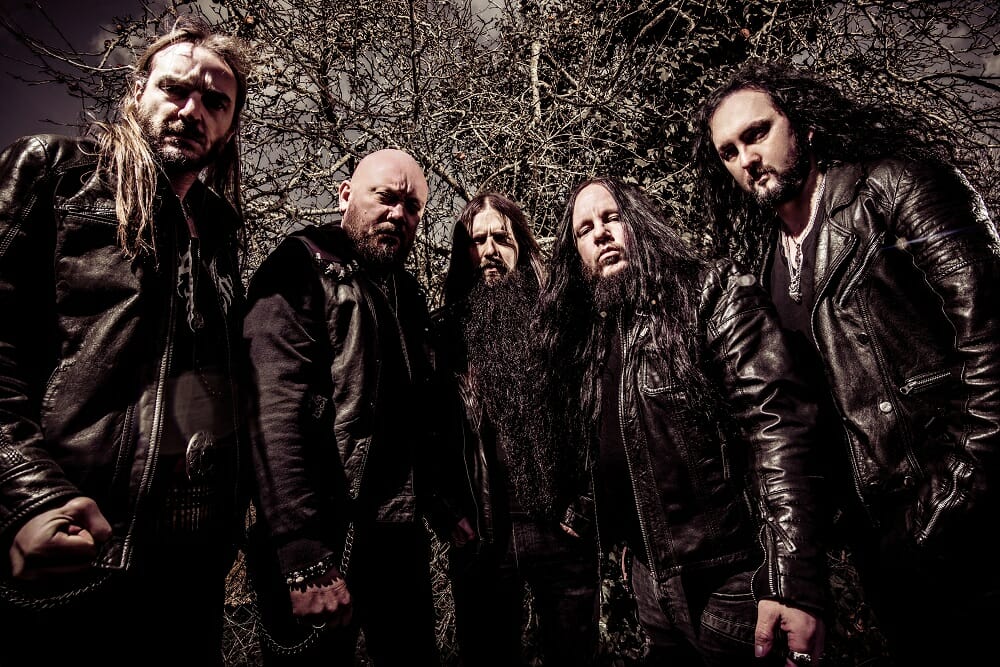 What can we expect from your liveshows in general? Are the support-acts already confirmed?
We are still working on the supports but it should be announced fairly soon! As for our live shows..we all are experienced musicians and we know the stage very well so be ready for an intense, powerful death metal show.

Joey was very ill not that long ago – is he back in physical shape again to play full tours?
Yes, he is doing good! He recorded „Echoes“, „Ashes“ and „Repulsion“, so you probably can figure it out yourself! (laughs) What happened to him is horrible and I admire his strength and determination to overcome all of this and be where he is now.!

I’m a bit surprised, that you’re going on tour, but not playing the summer-festivals. What was the reason for that? Wouldn’t that have been a nice start for your live-shows?
As I said I am busy with Dragonforce this summer, so I guess that answers your question partially. (laughs) Also the album comes out in august and I want people to know the new songs well before we go on tour. 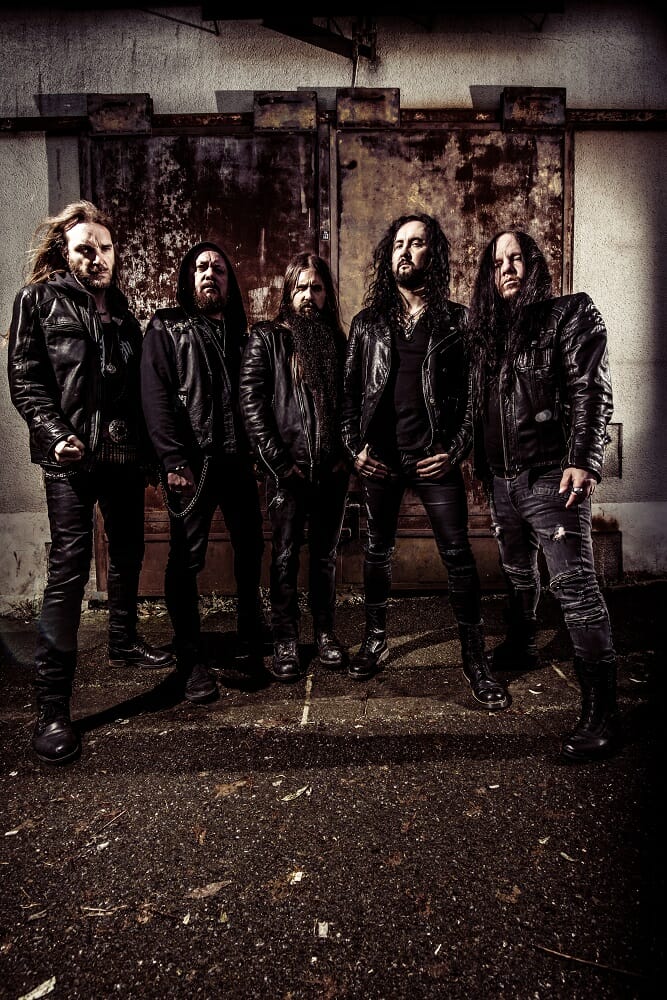 Please let us do a short brainstorming to round off the interview:
Being on tour: Travelling. Being away. Different mind-set. Meeting fans. Communion.
Your favorite album at the moment: „Repulsion for Humanity“ of course!
Germany: Deutsche Sprache. Zehn Jahre in der Schule. Krefeld (ich hab dort gewohnt und gearbeitet). Ear Music. Metal. Kreator.
Donald Trump: America. President. Not my president-literally. Not here to discuss politics.
The final tour of Slayer: Thrash. All good things must come to an end. Reign in blood. Godfathers.  Angel of death. 213.
SINSAENUM in 10 years: don‘t know!

Once again thanks for your time. The last words are yours – is there anything left you want to tell our readers?
Thank your for your time reading this. Check our new album „Repulsion For Humanity“ and see you on the road this fall! 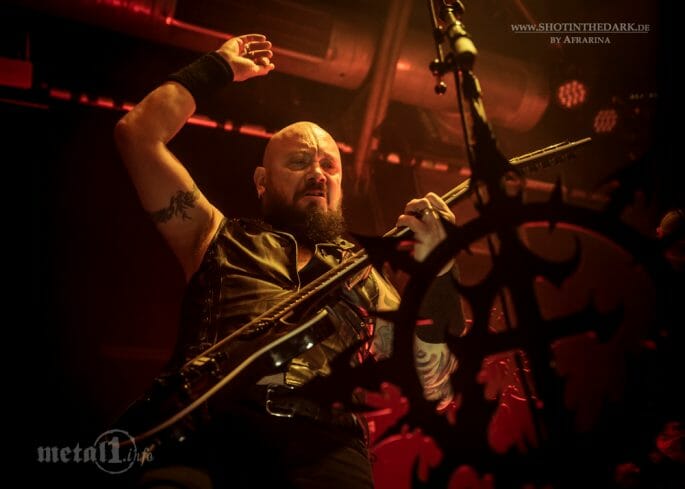