Right now, there is no brand new music by SYLVAINE. Still, there are enough things to talk about, thanks to their fascinating debut „Silent Chamber, Noisy Heart“ (2014) as well as to the far advanced process in creating their new record. In our interview we get to know how SYLVAINE reacted to the euphoric reactions to their debut, get firs insights on what we can expect from their new record and are told what Neige (Alcest) got to do with all that.

On your facebook you’ve filled in „Oslo, NO /Paris, FR“ – so, where are you from and where are you right now, answering these questions?
I was born in California actually, but grew up in Oslo, Norway. I spent most of my life there, until I recently relocated to Paris, France. Now I live in Paris most of the time, but go back to Oslo as often as I can. As I’m answering your questions, I’m enjoying a rather hot summer in Paris.

Your first album, „Silent Chamber, Noisy Heart“ was released about 9 month ago – how does it feel to listen to those songs today?
To be very honest, I don’t really listen to them. It feels a bit strange to listen to the album and since it’s still quite fresh for me, I tend to hear all the flaws and all the things I would have done differently today instead of appreciating it for what it is. I guess this is very normal for any artist, but maybe after a bit of time I will be able to listen to it in a more relaxed way.

Are you still satisfied with the songs as well as the sound of this album?
The release of this album was a huge step for me in my musical career, as I never had enough self-confidence to do anything of the kind before, so even if there is room for improvement and things I would have done differently now, I’m still proud of the album. I’m also very happy with the production of it, and will be working with the same guys for my second album.

The reactions to your debut have been quite good – did you expect such an overwhelming feedback?
I really didn’t know what to expect when I finally decided to release “Silent Chamber, Noisy Heart“, so you can imagine I was pleasantly surprised when people from around the world seemed to feel something from this album. It has been surreal, but such a pleasure to see the positive feedback from fans and also the music press. I couldn’t have asked for a better start!

The album is called „Silent Chamber, Noisy Heart“ – what’s the silent chamber that makes your heart being noisy?
The title of this album has several meanings to me and it’s actually a reflection of how it was made. At night, when everyone else has laid to rest and everything is calm, I found that I often was faced with all the turmoil going on inside. Without the distractions of everyday life, you are forced to see everything that’s not right, and as a musician, I took these feelings and turned them into music. So a very literal interpretation would suggest this chamber was my room at night.

You’re writing all your songs on your own – what gives you inspiration, and how do you proceed regarding the songwriting? Do you write the music first and than the lyrics and vocal-lines, or other way round?
There are no rules when making music, so the process of how it’s done is often changing. I tend to start with the music, more specifically guitar parts, and then the lyrics are written after, but I’ve also done the opposite in the past. Regarding my inspirations, making music is absolutely a cathartic process for me. It’s not something I do just for the pleasure of it, but it’s something I need to do to feel complete in my life and to express thing within myself that I can’t find any other way to release. The duality between happiness and melancholy, the outside world versus my inner world, as well as the duality between nature and urbanity, is all subjects included in the influences of my music. Inspirational sources that come from the outside can be other music, art, nature, literature, visually beautiful places etc. I’m very inspired by visual things.

By the way: Did you also do the screaming on „It Rains In My Heart“?

I did the screaming for “It Rains In My Heart” myself and I will be doing it on a couple of tracks for my next album as well. When recording the screams for the first album, I didn’t have much experience doing it, but I gave it a chance and liked the outcome.

You’re already working on a new album right now. How much of the work is done, when do you plan to release the CD?
The album is already written and recorded and now I’m in the process of getting all the files ready for the mixing of it, which will start in September. No release date is set yet, but I expect the release to happen during spring/summer 2016.

What can we expect from your second album? Are there any aspects you want or won’t change in comparison to the first album?
I think the second album is a natural progression from “Silent Chamber, Noisy Heart”, featuring music that is even closer to the sound I wanted to achieve for Sylvaine than on the first one. The second album is darker, features longer songs and a bigger diversity in expression, with songs ranging from up- tempo metal, to completely ambient, minimalistic tracks. I am very happy with this album and can’t wait to release it!

Neige from Alcest is doing some drums on your new album – how did you get in contact with him, and what was his reaction to your music, when he first heard about SYLVAINE?
I met Neige at an Alcest show some years ago and kept in contact with him after that. When I released my first album, he showed enthusiasm for the music and started to follow my project. Last year Alcest brought me on tour in South America, where we already started speaking about a possible collaboration for my next album. We both felt that his drumming could bring something very interesting to these tracks, so we decided it would be worth a try. In the end, I can say the match was perfect and I am very satisfied to have had such a great guest artist on my album!

Do you plan to form a real band with SYLVAINE in the future, at least to be able to tour with your music, or will SYLVAINE forever stay a studio-solo-project?
I have already gathered musicians to form a live- line-up for Sylvaine, so when I start touring next year, it will be in a full band setting. For the studio side of the project though, I need to remain alone for now. The reason why I created Sylvaine in the first place was to be able to express music that was way more personal to me than any of the other band projects I was a part of before, so I feel it’s important to be completely free to do so.

Thank you for the interview! Please let us do a short brainstorming in the end of this interview. What comes in your mind first reading the following terms:
Alcest: One of my favorite bands and a bunch of the nicest guys you’ll find in the music business today.
Metal: Such an important part of music and also of me. Home to some of the best bands and people in the world!
The Biggest Loss Of All: Opening track of my first tour with Sylvaine. Will always be a special song to me for this reason
Your favorite Album of 2015 so far: Marriages – Salome, Crown – Natron, Chelsea Wolfe – Abyss amongst others.
Crown: A kick- ass band that I can’t wait to see live at the Motocultor festival!
SYLVAINE in 10 years: About to release my 5th or 6th album and hopefully touring more than ever, to touch as many people around the world as possible with my music.

Once again thanks for your time. The last words are yours – is there anything left you want to tell our readers?
Thank you very much for the interview and to the readers for checking out this interview! It was a pleasure and I can’t wait to share my next album with you! 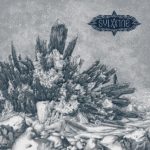 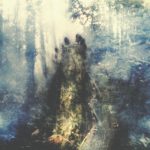 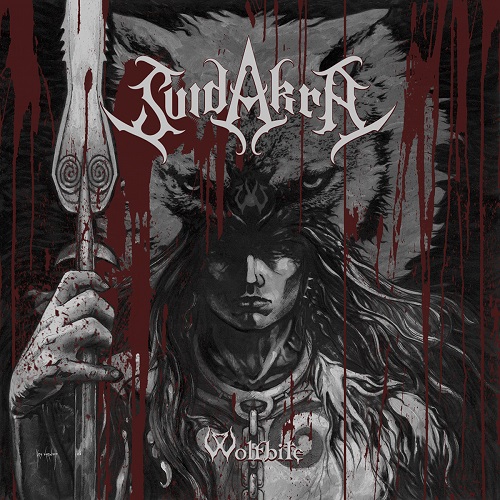 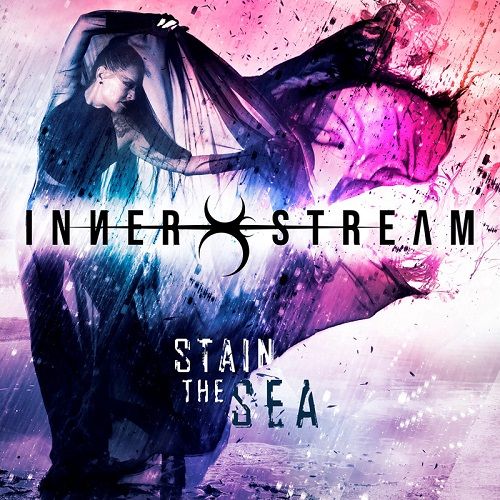 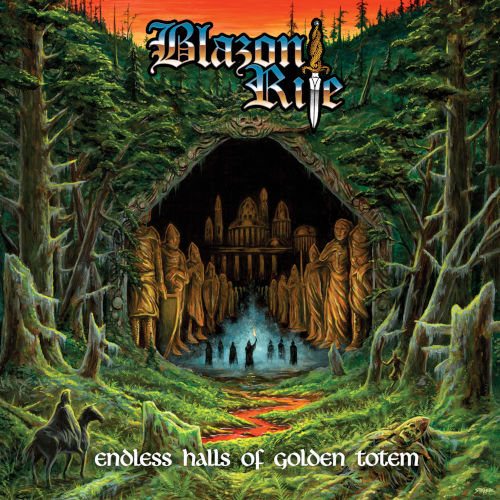 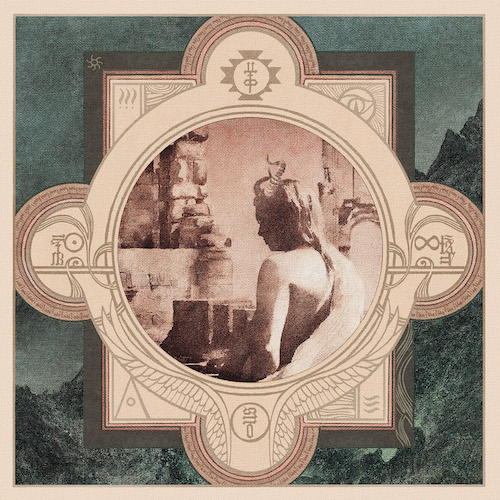 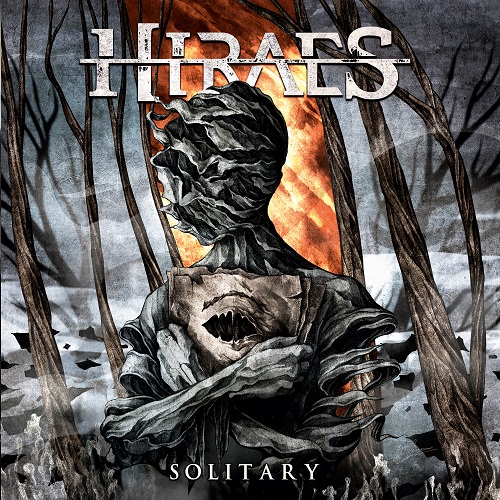 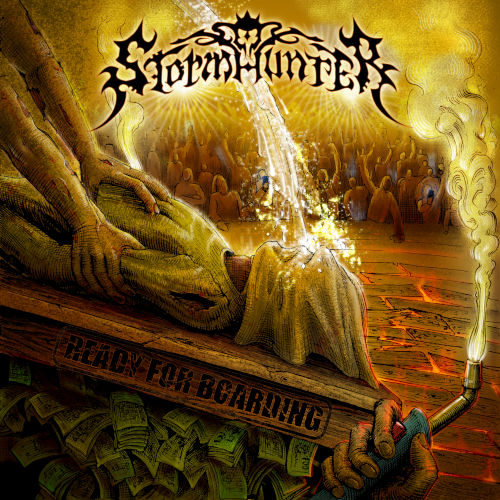