As if out of nowhere, a new project from the haze of Anaal Nathrakh has appeared with MAKE THEM DIE SLOWLY. Singer The Void gives first insights into the new extreme metal project – but not without a wink: „despite what it says in the interview I am not a serial killer so don’t contact the authorities!“ 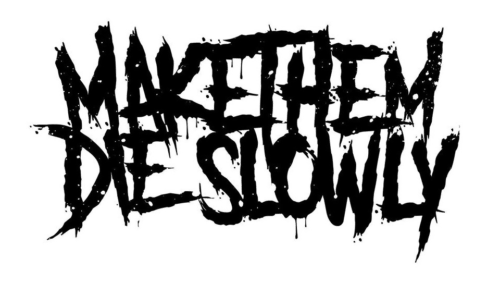 Hi and thanks a lot for taking time for this interview! How are you doing?
You’re very welcome. I’m currently very excited and appreciative of the feedback we’ve received in the24 hours or so since the album has been unleashed. Just safely ensconced in the Splatterhouse listening to soundtracks and watching movies …

There is a White-Zombie album called „Make Them Die Slowly“ – does your choice of name have anything to do with that or how did it come about?
Absolutely zero connection with White Zombie, although I’d wager there is a 100% connection with why the title was chosen, being the original title of Umberto Lenzi’s 1981 cannibal opus, „Cannibal Ferox“. Obviously Rob Zombie has a deep-rooted love of horror and exploitation cinema and I’d wager it was just a shared inspiration.

The name is a very clear statement – who is meant by „them„?
As mentioned above, the title comes from a movie, so I’d guess Lenzi was referring to the westerners invading the jungle of the native tribespeople, and, spoiler alert – they really do die slowly, and in a variety of different ways! Personally, there is a mental list of those deserving of a slow death, and it mainly consists of politicians and the types of right-wing agitators that seem to pollute every corner of the internet. 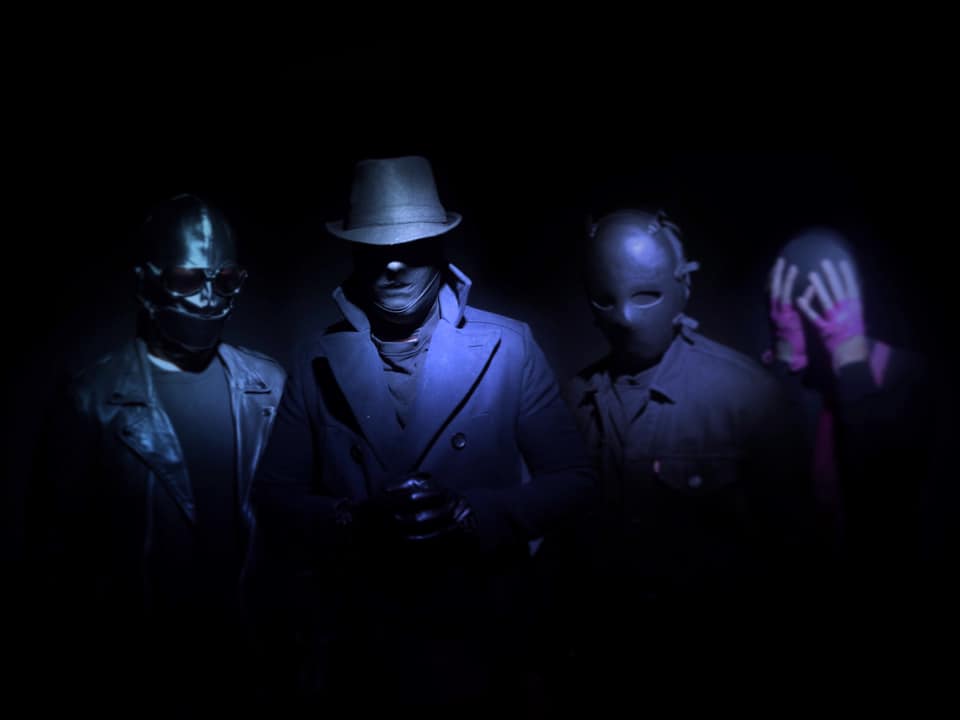 How long has the band existed, when did you get together?
Approximately a month. 99% of the music was completed when I received the rough demos. Within 24 hours I had lyrics written and had commenced recording in my own studio, the Splatterhouse. Within six days everything was done and a case of waiting for it to be mixed and mastered. I’ve never experienced as quick a turnaround for any other projects I’ve done in the past. As I knew from the outset the bands lyrics and aesthetic was to be horror/exploitation/giallo related it was really a labour of love so the material sprayed out of me immediately, almost arterially, straight from my vein.

Is this the first time you appear musically or do people actually know you from other projects – maybe Fukpig?
The Void is everywhere, yet The Void is nowhere, is nothing. I am a fan of Fukpig, and knew that the vocals of one Duncan Wilkins would be a good fit for the band. After a swift conversation (where knives may or may not be involved) we managed to come to an agreement to work together.

The musicians on the band photos are all masked – is it part of the concept to keep anonymity or is it just a matter of appearance?
The individuals in said photographs are a hand-picked collection of optimum slashers from around the world. They are picked for their creativity, their flair, and their body disposal skills. However they can and will be replaced at any time if we fail to see eye to eye. 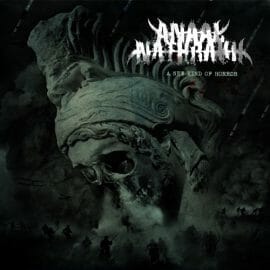 It is at least known that Mick Kenney of Anaal Nathrakh is the leader of MAKE THEM DIE SLOWLY. Actually the riffs could also be from Anaal Nathrakh. Do you know why Mike used them for a new project instead?
The Void is the leader of this project. Mr Kenney is a fantastic, world class musician, producer and performer. As such, another conversation was had at his Barracks studio in California and we agreed quite quickly to work together. But let it be known that The Void is the mastermind behind this. The mastermind doesn’t necessarily have to be involved with the actual music. The Void is everything.

Does this resemblance to Anaal Nathrakh bother you?
Not at all. It would be similar to getting James Hetfield to join and being upset that it sounded like Metallica. Anaal Nathrakh are one of the few entities whose music would be able to accurately portray the sense of horror and terror that MAKE THEM DIE SLOWLY is designed to make you feel. 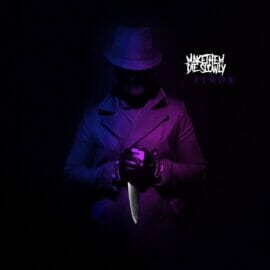 The album has only been released digitally for the time being. Was it already planned that way before Corona, or did you spontaneously change your arrangements?
This was our plan all along. The genesis of the album was that spontaneous that physical copies weren’t a consideration initially. After a day on release, the sheer volume of requests for physical copies dictated that we reconsider our position, and hopefully there’ll be hard copies available soon on a limited basis. As a collector myself (of vinyl, blu ray, VHS, body parts, souls) I completely understand, but from our perspective it was a case more of dropping this as close to out of nowhere as possible, and go from there.

The album is entitled „Ferox“ – what was the idea behind that title, why does it fit perfectly to the music?
As above, it’s taken from Cannibal Ferox. The etymology of Ferox I believe comes from ‘ferocious’ or ‘ferocity’, so coupled with the direct inspiration of the movie it’s actually a perfect fit. I’ve a mostly dormant Carpenter/ Frizzi inspired soundtrack project called FEROX1980 so that also links in.

Is MAKE THEM DIE SLOWLY a pure studio project, or maybe even just an album, or are you planning – after Corona – live shows as well?
Of course, living under this virus means that we’ve no choice for it to be a studio project for the immediate future, however we are most definitely preparing for a live murder ritual as and when the time comes, hopefully at some festivals in 2021.

Thank you for the interview! Please let us do a short brainstorming in the end of this interview. What comes in your mind first reading the following terms:
Boris Johnson: Charlatan. Liar. Gambler of innocent lives. A snake in the clothing of a clown.
Germany: Nekromantik
The first drink you order in a bar: High ABV DIPA in a perfect world.
Slipknot: Not a massive fan musically, but from an aesthetic and live performance standpoint, extremely proficient at what they do. Can’t knock a band for doing so well with so many extreme metal influences whether at the forefront or not.
Your favorite Album at the moment: Video Nasties : Dominion, The Wraith : Gloom Ballet, and generally speaking, the work of John Carpenter, Fabio Frizzi and Goblin.
MAKE THEM DIE SLOWLY in ten years: Standing tall. Bodies of our victims at our feet.

Once again thanks for your time. The last words are yours – is there anything left you want to tell our readers?
Thankyou for being brave enough to approach us. You shall be spared to help spread our gospel of gore. Thankyou to everyone from the metal and horror communities for the interest so far. Finally, as the majority of us are locked down in quarantine, here are a few movies to check out that will really help act as a companion to „Ferox“: