With DANA DENTATA, Roadrunner have signed their first all-female act after 40 years of label history – a solo project. In the interview, we talk to the Canadian musician about misogyny in the music world, her exciting mix of hip-hop and metal, and how she stands by her youth idol Marilyn Manson today.

Your debut album has been released a few weeks ago – how does it feel, are you satisfied with the feedback you got so far?
I feel very peaceful and happy. I set a lot of things free with this album. I’m happy it has made people feel heard. I’ve heard reviews that it is uncomfortable to listen to and I love that. No change ever happened from being comfortable.

Roadrunner used to be the flagship of modern metal in the early 2000s, but since Warner took over, the label has lost a lot of its appeal. Why is Roadrunner still the right label for you and your music?
My roots are in metal and punk with my band Dentata that I had in Toronto as a teenager. Darkness and heaviness is metal. They also support me for my message and don’t try to change me. 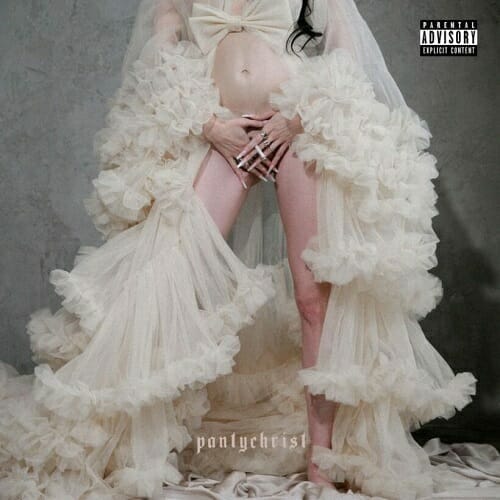 The album is titled „Pantychrist“ – what is the idea behind this artificial word? Who or what is a „Pantychrist“?
„Pantychrist“ means looking towards the light and seeking purity and healing despite abuse and trauma. The recovery of a lot of pain and reclaiming our bodies. Our womb endures a lot of trauma as women and recovering and healing your body is what „Pantychrist“ really means to me.

Talking about names – what was the inspiration for your artist name, DANA DENTATA, and what shall it express?
I had an all girl punk band named Dentata in Toronto and people just ended up calling me that because my name also starts with a D. Its my super power alter ego but also who I’ve been striving to become and who I feel is very close to the real me now.

You have released videos for several of your songs. How important is the medium of music videos to you from an artistic point of view? Are the clips rather part of the overall artwork or part of the promotion campaign?
The visuals are just as important as the song to me. The message and emotion is the most important and videos help tell that story.

You have worked as a stripper and like to portray yourself in a sexualised way in those videos as well. Why is it important to you to stage your body as part of your art?
Society has oversexualized me since I was a child in the modelling industry and I eventually took control of my body and learned to love it like a piece of art. I like to feel beautiful, it makes me feel good.

Musically, you mix hip hop with metal – two genres that were long considered incompatible. We’ve already talked about your punk past – how did hip-hop and electronic music come into your life?
I got the album Get Rich or Die Tryin‘ by 50 Cent and was singing every word at 12 years old. I loved Eminem and my love for rap started there. Electronic music didn’t come into my life until I started working in the strip clubs and the way girls danced to the music gave me a different kind of appreciation for it because I related it to feeling empowered.

For the album you worked with various producers, including Travis Barker, Dylan Brady, Arthur Rizk, NOLIFE, Yawns & Fish Narc and Italian Leather. Why so many producers, and how did that go?
I think it was hard for me to stay in one place at one time or trust one person at that point in my life so I was just going with the flow and ended up making really raw songs with everybody that helped me dictate what I was going through. I also like to experiment with different people and genres so that something unexpected comes out. 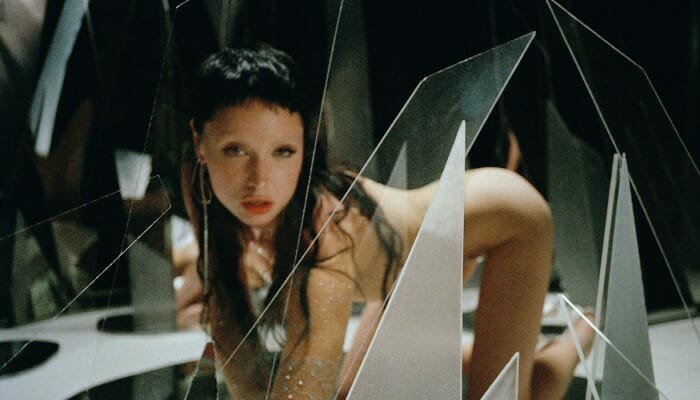 DANA DENTATA in the music video for „Apology“ (Screenshot)

In advance, Warner proudly announced in a press release (at least in the german edition) that you are the „first all-female signing“ to Roadrunner Records. With a solo project, „all-female“ is not particularly difficult – is such a statement still feminism or femwashing?
I’m proud to be the first solo female to sign to the label, it puts an emphasis on how behind metal and heavy music are when it comes to misogyny. I want to create change with this issue in spaces where it’s still lingering.

Women are very underrepresented in the metal scene in general. Why are women still fans of this music at best? Where are we failing when it comes to encouraging girls to do metal?
I hope that isn’t true but if it is I’m not surprised. From my experience I have realized how little people want to deal with a strong, tough, confrontational woman. It’s repressed by society. It’s a lot easier for people to indulge in things that make them feel comfortable and are easy to digest. 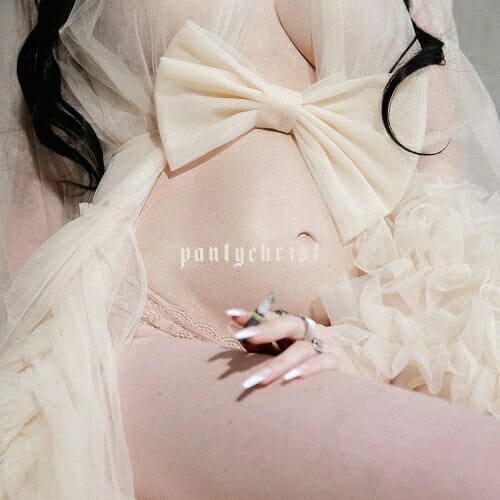 … and where would one have to start to change that? Which structures have to change in order to make women more present in metal (or music in general)? What do you think about approaches like quotas for women at festivals?
Pretty and polite and submissive. That’s what they want. We have to ignore that bullshit narrative. I just played 3 festivals in the UK and was surrounded by bad ass female artists so I think it’s already happening and we gotta stay strong.

You want your music to make other women feel free and supported. Are your songs, your lyrics primarily aimed at women?
No, abuse affects everyone no matter how they identify. My lyrics are for any human that identifies with my words.

In the Warner Musik press release it says that you already received praise from Kanye West and your idol Marilyn Manson for your first EP. Can you still be proud of that today, or are those poisoned words from todays point of view?
I can appreciate those experiences as an artist from an artistic perspective but as far as feeling proud I am the only person that will ever truly give myself that feeling and I do. 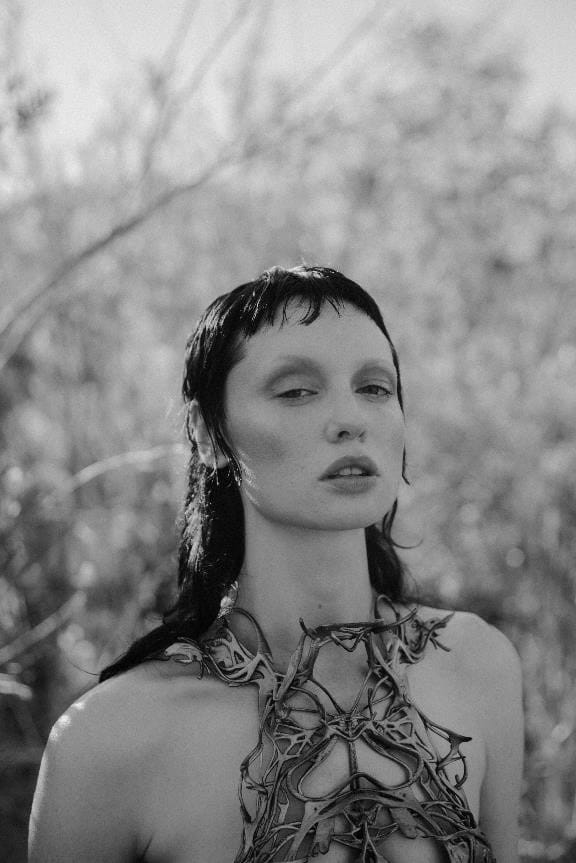 In general: As a fan, but also as a feminist artist, how do you handle the Marilyn Manson case? Can you still be a fan of Brian Warner’s music after everything that has come to light about him this year?
It’s hard to deny someone’s impact who has influenced decades of your life as an artist but it’s important to acknowledge physical and mental abuse against women as not being tolerated or supported moving further.

Another band that came to my mind when listening to your album is Die Antwoord. Are you a fan of their music, would you name them as an influence? There is a similar problem with the band as there was with Manson – there was also a bad scandal about sexual assault by Ninja …
I’m not familiar with their work or their full story but I did always think Baby’s On Fire was one of the greatest music videos of all time. I’m glad to see people being held accountable for their actions and abuse of power. I’m inspired by all these men to continue to do music and also not be a piece of shit to young women.

Which other bands would you name as influences?
Hole, Nirvana, Motörhead, PJ Harvey, Tupac.

I read that you have a demon friend, Purple Tony. How can we imagine that exactly?
I used to have demons with me everywhere, in my videos and performances. I realized too late that I was playing in the darkness and I realized I was surrounded by real life demons. I ripped the last one to shreds in „The Resurrection of Dana Dentata“ to symbolize how I’m done with that shit. I’m focused on the light now.