With „Vengeance,“ TWELVE FOOT NINJA are not only releasing an outstanding, unique album. With „Project Vengeance“, the Australians are making a media sweep and, in addition to the music, are also releasing a video game, a graphic novel and a fantasy novel. Guitarist and songwriter Steve MacKay talks to us in this interview about the many-worlds interpretation, living out creative possibilities and clashing ideas.

“Project Vengeance” really is a huge thing. How did you come up with the idea to release the album alongside a video game, graphic novel and a book and how are they all connected story wise?
The thread between all of these concepts is based on the “many worlds interpretation”: time being infinitely expanding branches on a tree, and all possibilities are realised in a parallel world or universe. The graphic novel is set in a non-physical expanse where “creations” from the multiverse interface. The enchiridion at the back of the graphic novel explains the connectivity in more detail. We’ve always wanted TWELVE FOOT NINJA to be more than a band. It’s a portal into an immersive world of story-telling. “Project Vengeance” is an iteration in this expanding universe of these connected stories. The meta-theme of this iteration is vengeance which is a driving motivation of Kiyoshi, our main protagonist.

Starting from the band name to the complete Project Vengeance you are extremely creative. What does creativity mean to you, how important is it for you to express in many different ways?
Thank you for the kind words. It’s very important to be able to use different mediums to tell stories and express ideas. I think diversification is essential to getting close to some kind of creative symbiosis: where different creative outlets sustain each other and keep everything fresh…The tide raising all ships so to speak.

The video game about Brusnik was a funny idea to announce a new track. Being a programmer and gamer myself, I’m very interested in how the game and the idea for it came about and what games you like to play yourself?
We shot the video to “Long Way Home” on green screen and because I drew the background art it seemed to be the next logical step to use that art for a simple game… eight months later! I personally have a fondness for early PC games featuring a narrative of some sort. “Cosmo’s Cosmic Adventure” by Apogee was one of my inspirations and Scott Miller himself played my game and said „Wild game! I love that you’re making it! It looks really unique”. It was awesome to get that feedback from the dude behind a whole bunch of influential games like “Doom”, “Duke Nukem”, “Max Payne” and “Cosmo”! AAA wise, I’m a big fan of “Halo” and “Mortal Kombat”. I’m also really enjoying watching VR tech evolve and often use “Oculus Quest” for fitness games.

Writing a graphic novel or creating a concept for a book must be quite different from writing songs for an album. How did this process go, and what media inspired your writing?
I’m hugely inspired by Christopher Nolan’s treatment of the “The Dark Knight” story. The interplay between multiple characters, each with overlapping motivations, is very skillful. Hans Zimmer was also my most listened to artist during that year. I’m actually listening to “Time” on repeat right now. That and answering the question: how does all of this seemingly disparate content inhabit the same space? Or more importantly, where is that space? 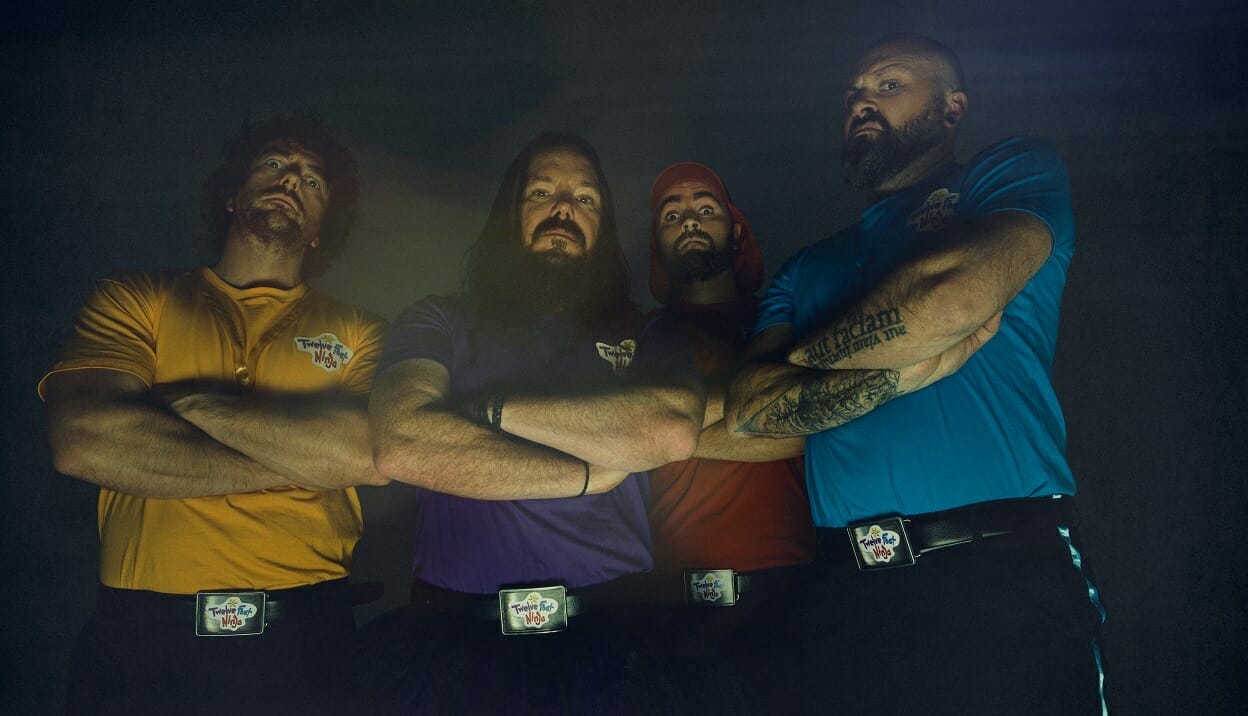 With „Vengeance“ you have become even more unique and original, you can hardly be categorized. What bands or what genre would you say are your main influences?
Thank you! Mike Patton has really inspired me over the years. He’s a fearless innovator and really laid the template to explore music authentically and without boundaries. I think Fredrik Thordendal from Meshuggah also jumps out as absolutely redefining what heavy music can be from a rhythmic perspective. Hans Zimmer, Erik Satie, Jeff Buckley… The list is pretty colourful and long!

The videoclip for “Over And Out” is so hilarious and shows so much of your creativity, I especially love the dream-gravy-scene. How did you come up with the story and why was Tatiana Shmayluk the best singer for this part of the song?
Thank you! The story for “Over and Out” didn’t really follow any kind of chronological methodology. It was kind of a bunch of different evolving ideas concurrently colliding. I find Goblin’s funny and in my memory, Slash kicks down a freestanding door in the “November Rain” music video (he doesn’t actually), add in some armoured peep holes and Voilà! We’ve always liked Tati since meeting Jinjer in Ukraine.

What can we expect from the Vengeance European Tour in February and March 2022? How excited are you to go back on the road and have you planned something special?
Our main priority is just getting in the same room to rehearse… Something proving difficult in our home city of Melbourne which has the world record for lockdowns. It almost seems like a distant dream to share our music with people in a live environment…It will be special as a function of this alone I’d say.

Fozzy’s Chris Jericho recently said that he is in sorrow of future festival headlining acts when the likes of Metallica, Iron Maiden or Judas Priest are gone. What’s your point on that? Is TWELVE FOOT NINJA possibly a band that could step up to fill such a spot?
I can see Chris’ point; but considering the preeminent careers they’ve had and nothing in life is impervious to death… it’s really just an inevitability. It would be great to have the opportunity to ascend to those dizzying heights… I’m a bit skeptical it’s even possible anymore because those bands came to prominence during a time when people’s attention was less broadly spread across so many entertainment mediums. 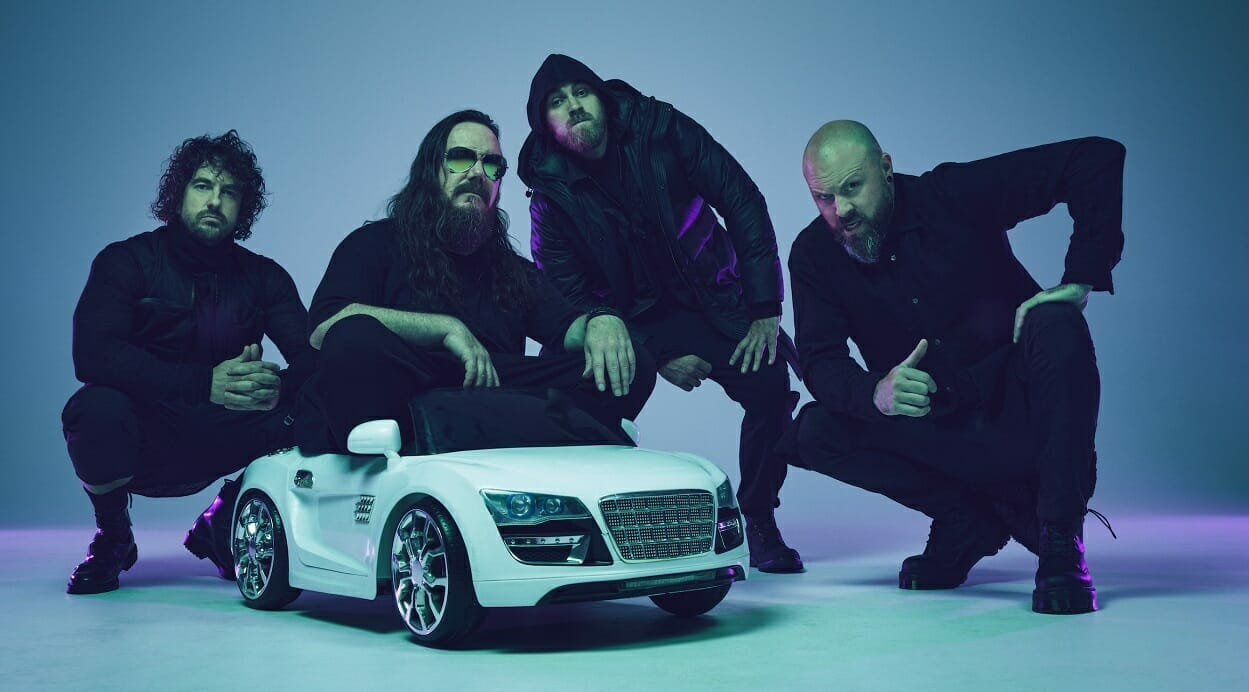 Let’s conclude with our traditional brainstorming. What comes to your mind first when you read the following words?
Current favorite album: I’ve been taking a break from listening to music.
Marvel or DC:  Marvel is kicking ass… but I’m all about Batman.
Video games: Space Pirate VR, Shinobi, Borderlands 2.
12 Foot Ninja vs 12 Foot Samurai: Kiyoshi is both.
Something that makes every bad day better: Alcohol.
TWELVE FOOT NINJA in 10 years: Hopefully happy and healthy.

Thank you very much for your time! The last words are all yours. Is there anything left you want to tell our readers?
Just a huge thank you to all of our German friends and supporters. We can’t wait to share some of that German beer and see you all again soon.