As bassist in the Swiss atmospheric black metal band Darkspace, Zorgh has long been involved in the creation of remarkably unique music. With „Subterra“, the debut of her oriental-inspired solo project APOKRYPHON, which she created under the pseudonym Ophis, the multi-instrumentalist has taken a completely different but equally extraordinary path. In the following interview, the cryptic artist reveals why it can be rewarding for musicians and listeners to look beyond their own noses, which exotic instruments (and animals) are to be heard on the album and in which other aspects APOKRYPHON deviates from common black metal characteristics. 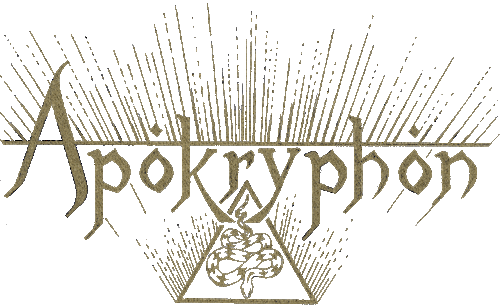 While you are creating rather otherworldly sounds with Darkspace, with your latest project APOKRYPHON you are diving into oriental music. What sparked your interest in moving towards this musical direction?
The intention behind APOKRYPHON was to realize my personal, musical ideas and to experiment with new ways to perform black metal in a unique way. I am rooted in the orient and have always been fascinated and driven towards Eastern soundscapes and instruments. APOKRYPHON therefore was the perfect occasion to bring several musical aspects I am passionate about to life. The initial idea was the simple compulsion to create music though. I have ventured into a lot of different musical territories lately and wanted these influences to manifest in something personal. From there one thing led to another.

Do you consider APOKRYPHON to just be a temporary, experimental side project or do you plan to continue with the band in the long run?
APOKRYPHON certainly is something that stands on its own. I don’t consider it a side project but its very own entitiy. Its long-term future is obscure but as things look at the moment, a new record will become reality in one form or another.

Do you maybe also consider performing live with the project or will it remain solely a studio project?
There are currently no plans to perform live.

The stylistic differences between your two projects are anything but minor and in contrast to Darkspace you play all instruments yourself in APOKRYPHON. Was it sometimes challenging for you to break new musical ground and play more instruments on your own?
It was an overwhelming, absolutely fascinating and highly rewarding challenge to play the instrumental parts on my own. I loved every minute of it. I was finally able to realize many ideas I have carried with me over a long time now. Even though I am very fond of playing with other musicians, I learned so much during the making of „Subterra“, that I certainly wouldn’t have wanted it to be any other way. It was thrilling to finally not having to coordinate musical ideas with other band members but to just push forward wherever the path was leading me. Nevertheless – I do consider myself a bass player in the first place. And basses are not primarily solo instruments. 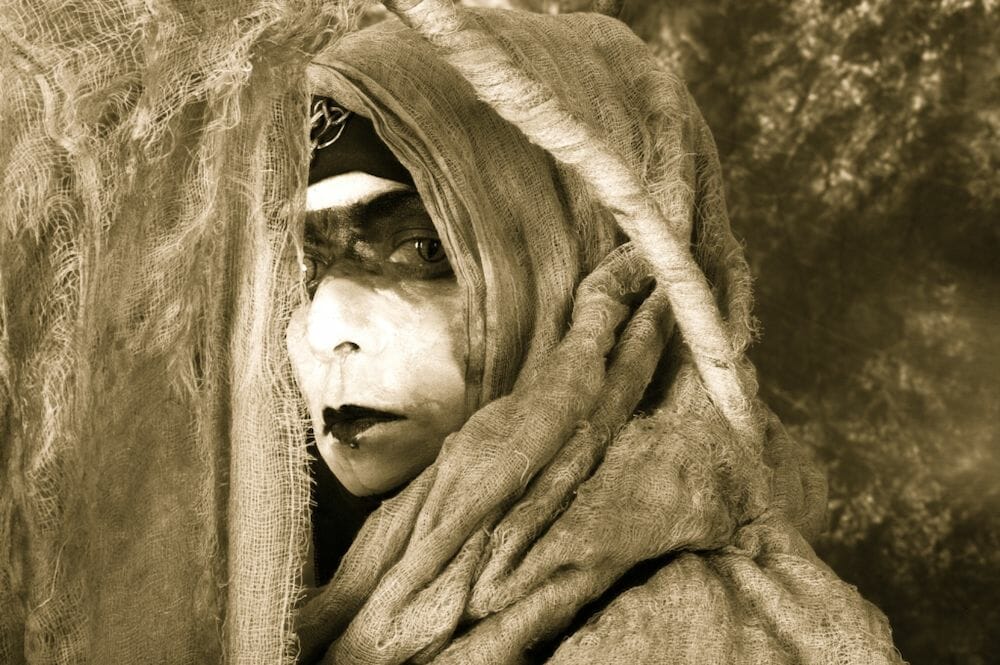 For APOKRYPHON you joined forces with Djinn as singer. How did you get to know him and how did your collaboration come about?
Djinn and I are linked by a very longlasting friendship. We’ve always had common interests when it came to music and literature. Even though I enjoy performing vocals, it was clear for me, that I wanted a main vocalist for APOKRYPHON with a different vocal tone to mine. Djinn was immediately interested to add his voice to the music. We found out that we have the same approach to composing, and that is improvisation. He improvised his vocal lines freely, unprejudiced and from the heart. It was refreshing. It was perfect.

Did Djinn also contribute to the songwriting or was he only responsible for the vocal performance per se?
Djinn has supported the process of songwriting by suggesting ideas here and there after listening to my drafts, but he didn’t write any instrumental lines. His job were vocals.

Do you also listen to originally oriental music without western influences?
Yes. I am very much influenced by music from the Maghreb, the middle East and India. I listen to artists such as Dhafer Youssef, Ravi Shankar, Cheb Mimoun El Oujdi or Taufiq Qureshi. On the other side, also electronic music with oriental influences are something I indulge myself in. I adore the works of Rukkanor, Ah Cama-Sotz, Herbst 9 or Worms of the Earth, for example.

On „Subterra“ there are all kinds of exotic parts. Which instruments did you use during these? Or did you rather make use of samples?
I made use of gongs, different rattles and bells, tablas, an oud, a tar and a pungi. There is a guest section by our sound engineer Þórir performing with a soprano saxophone. There are samples from a sonoran gopher snake hissing and a rattle snake’s warning rattle. Keyboards were used for little string sections, some ambient sounds and percussive elements.

I have the impression that the black metal instrumentation on „Subterra“ sounds much warmer than is usual in the genre. Have you consciously approached the music in this way, to make it more coherent with the oriental influences?
I strongly believe that the music should dictate the sound. „Subterra“ wouldn’t work with a frosty, cold sound, it wouldn’t do it justice. So yes, the sound choice is deliberate and something that was polished and worked on a lot by our sound engineer, Þórir at Apothecary Sounds. I am very grateful for that.

While some of the tracks are mainly rooted in black metal, there are also tracks that sound completely oriental or at least contain extended passages in this regard. What was your intention behind distancing yourself from black metal for a longer time in these specific songs?
The intention was not to create black metal album in the first place. I had certain atmospheric visions that couldn’t be represented by distorted guitars at all. It was a natural thing and a rewarding experiment to weave in purely oriental instrumental sections. In addition to that I do believe that every musician should venture into unknown territories and try to approach music from different angles. Making use of instruments we don’t usually play can be one way to achieve new insights. 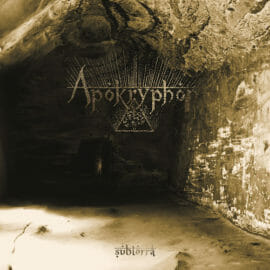 Naturally „Subterra“ is not an album that attracts attention with catchy hits. Is there, however, still a song on it that you consider to be the core piece or climax of the record?
No, I don’t think so. Each song makes its individual statement and none of them can stand for the whole of the record. To me, „Subterra“ is an album in the true sense of the word – the songs belong together. It is one whole piece and cannot be ripped apart like that.

In terms of lyrical content you deal with obscure religious scriptures, which goes along with your band name. How did you become aware of these texts and what fascinates you about them?
Apocryphal texts are ancient, esoteric scriptures written by a variety of people in the orient. Those texts were either actively hidden or so controversial that they were excluded from public viewing or biblical content because they were thought to be heretical. They are at the very roots of gnostic views. I have been fascinated by them since I first came across some of them many, many years ago. In contrast to then, when information like that was actually handed down to me from people who taught me about them, some information is freely available nowadays. Nevertheless, physical books still are my primary resource when it comes to the apocrypha. Djinn and I have exchanged a lot of information and have always shared the fascination of that old knowledge that is a hidden resource not known to many even nowadays. Apocryphal texts treat the subjects that are difficult to understand, they are ancient ways trying to explain the order of the universe and the mysteries of mankind. They are so universal that they are as meaningful nowadays as they were in the times they were written.

Would you call yourself a spiritual or even religious person?
Spiritual yes, religious no.

Do you think that your experiences with APOKRYPHON might even have an impact on your work with Darkspace?
No.

On Metal1.info we usually end interviews with a short brainstorming. What do you think about the following terms?
World music: APOKRYPHON
Facebook: Depravation
Cultural appropriation: The more the better
Nile: A river in Africa
Social Distancing: Could prevent wars
Current favourite album:
Djinn: Temple Of Gnosis – De Secretis Naturae Alchymica
Ophis: A Forest Of Stars – Grave Mounds And Grave Mistakes

This brings us to the end of our interview. Are there any last words you would like to address to the readers?
Truth. Lies. Subterra.