The first festival shows in 2021 brought certainty: DESTRUCTION co-founder Mike Sifringer is no longer part of the band, Martin Furia took his place. In his first interview as DESTRUCTION guitarist with a German-language metal magazine, the Argentinian-born guitarist reveals how he got the job, what excites and challenges him about it and what makes the upcoming album so strong.

You officially took over the role of the second guitarist in DESTRUCTION this summer. Congratulations! As their sound engineer and tour manager, you were already part of the DESTRUCTION family for some time before that. Can you tell us how it all started, when did the paths of you and the band cross for the first time?
Well, it started on the tour for “Under Attack”. DESTRUCTION was headlining and took Flotsam And Jetsam, Enforcer and Nervosa along.  I was soundtech for F&J for a long time already and I was asked to do the sound for all three openers.  At a point DESTRUCTION’s sound tech had to leave the tour for a couple of days and I took over his task. After that tour I started to work with DESTRUCTION as sound tech and later on became Tour Manager as well. 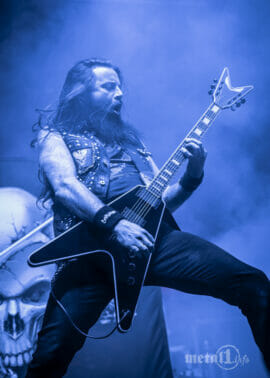 Did you ever dream that you would become the guitarist of this band? What were your thoughts when Schmier asked you to join?
I never had the dream of becoming DESTRUCTION’s guitarist, that would have implied things to change and I was happy with how things were and my role in the band. When Schmier asked me, it was totally unexpected to me but I knew I had to give it a try because I love the band, I know the guys well and I knew I would treat the legacy with respect.

DESTRUCTION is the biggest band you’ve been involved with so far, I think. Did you feel comfortable right away or was it also a jump into the deep end to suddenly play shows at big festivals on late slots in front of really many people?
It’s the biggest band I played with no doubt. I’ve played always in good bands and I did sound in all big fests all over the world, so nothing was really new to me and I felt comfortable right away. It just changed the side where I’m performing. I took it naturally and I enjoy it.

Did you already know how to play all the songs because you heard them so often, or did you have to learn them first?
Well, it actually helped a lot having heard the songs so often while being sound tech, because the live versions are slightly different than the recorded ones, so it was cool to be familiar with that. I actually didn’t know how to play the songs, I had to learn them from scratch, but it was an enjoyable process and since I really knew them all it went pretty smooth.

Was there any song that was harder for you to learn for any reason?
Maybe the main riff of “Bestial Invasion” took me a bit to get around because I thought it was in a certain way in my head and when I started to learn it was like “Oh! It’s quite different when you play it!”

Do you have a favourite DESTRUCTION song that doesn’t appear in the standard set but that you would like to play live?
From the classic albums “United by Hatred” would be cool to play live.  From the more modern times “Spiritual Genocide”. I think to make the setlist of a band like DESTRUCTION is a very tough task anyway! It’s a lot of great albums and songs to choose from and it’s an impossible task to put all the great stuff in an hour and a half, let alone in less time! 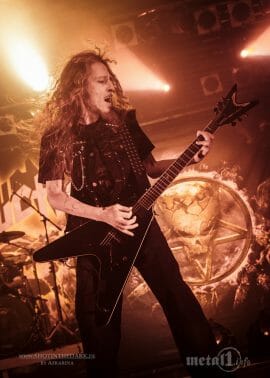 Mike with DESTRUCTION 2017 live in Munich

The fact that you became a guitarist is a consequence of Mike no longer being part of the band. Did that come as a surprise to you, or was that a development that was foreshadowed for the people in the immediate band environment?
It was a total surprise to me.

[editors note: Martin does not answer further questions about his predecessor at this point out of respect for Mike and refers to the published statements of both parties].

I find it interesting that Sodom had a very similar situation, the band head has recently completely rejuvenated the band and switched to two guitars. Is thrash metal with only one guitar – which was really common in the past – no longer contemporary today?
I think it depends on the needs and the goal of the bands. Sepultura went the other way around for example, keeping only one guitar. It responds to the musical idea of the band, for sure two guitars expand the sound possibilities – you can harmonise more, do guitar dwells, etc. One guitar is more in your face and, in general, tighter. They are both perfectly valid and great. What I find interesting about Sodom and DESTRUCTION is that they relied on crew members. The family feeling is strong in bands like these.

A new DESTRUCTION album has just been announced – did you also contribute to the songwriting, or „only“ to the recordings?
I joined the band when the album was already 90% finished, my contribution was adding some extra solos to the songs where Schmier asked me to. 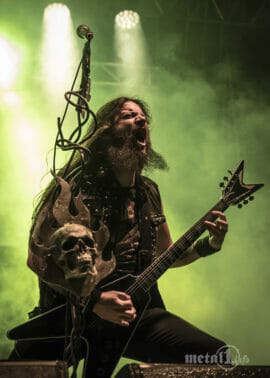 What can we expect musically? After all, it will be the first DESTRUCTION album ever that doesn’t feature Mike on guitar …
I think is DESTRUCTION strongest album since “The Antichrist” it’s to the point, no bullshit German Thrash Metal. It’s very DESTRUCTION, the old school feeling is totally there and the vibe of the new DESTRUCTION too. I love the album and I’m very excited to play it live, what’s brutal is really brutal and the more melodic parts are straight to the heart.

The single „State Of Apathy“ was recorded at Little Creek Studio by V.O. Pulver in Switzerland. Does that apply to the whole album?
Yes.

You are also a producer yourself – was there never any question of you producing the album?
No, Schmier is the producer of DESTRUCTION albums with V.O., it has been like that for quite some albums already. I was asked my opinion during the process because Schmier trusts my taste and knows I’m a straightforward person and give my opinions without roundabouts.  He took some of my remarks regarding some song structures, arrangements and sound stuff. Same as with everybody else in the band.

The album will not be released until April 2022 – does that mean that you will only go on tour again then? Or are there already shows planned before that, as far as that’s possible?
We are definitely working on booking shows before, is not the easiest period to do that because everything is still a bit uncertain, but next year will be busy as fuck for sure! 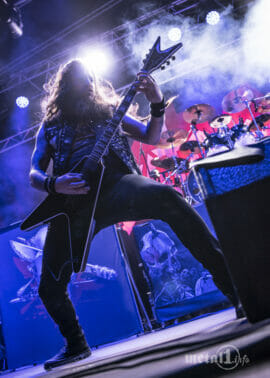 As someone who works in the event industry, i.e. someone who is directly affected, what is your opinion on the currently discussed admission concepts, 3-G, 2-G or even admission only for vaccinated people?
Look, I took the vaccine, I have no problem with that. I had COVID myself in February 2021 and it was not cool to say the least, I lost quite a lot of friends during this shit pandemic because of that fucking disease. I understand that there are some people that don’t want to get the vaccine but that will have an impact in your life and in others life, as any other decision you make. This is not a matter of “belief” this is a disease that has to be eradicated, vaccines worked in the past and it will work this time too. It is debatable that big companies and governments are using this as commercial and political tool, I have no doubt about it, but the disease is real and the vaccine works. What I find horrible is that those admission requisites were applied with logics that were not understandable or were not well explained, for example, there couldn’t be music festivals of more than 700 people but there was a football European cup with 60.000 people in the stadium, shit like that made my blood boil.

Thank you very much for the interview. Let’s wrap it up with our traditional brainstorming:
„M-16“: Sodom
Instagram: A tool
Your favorite album at the moment: The next DESTRUCTION album, which I listen every day
A food you can’t stand: I eat almost anything, I can’t think of one!
The most important point on your rider: Everything!
Your idol when you were 15: Sepultura, I guess same for any South American thrash metal musician in 1991!
DESTRUCTION in 10 years: Kicking ass as always.

Once again thanks for your time. The last words are yours:
Thank you for the support and thanx to the DESTRUCTION fans that gave me such a warm welcome to the band.  We can’t wait for the album to come out and see you all on the road! Thrash till Death! 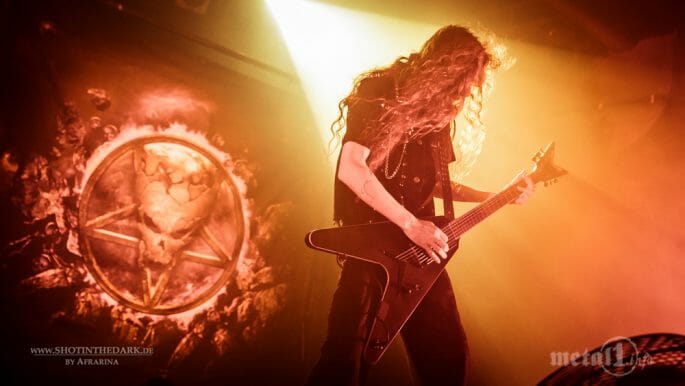 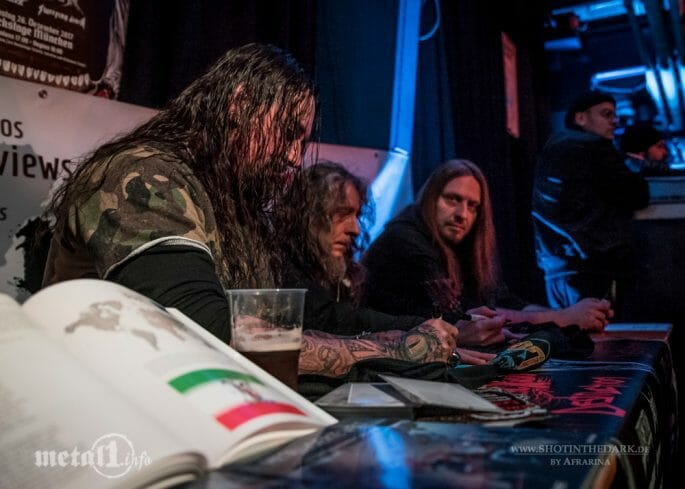