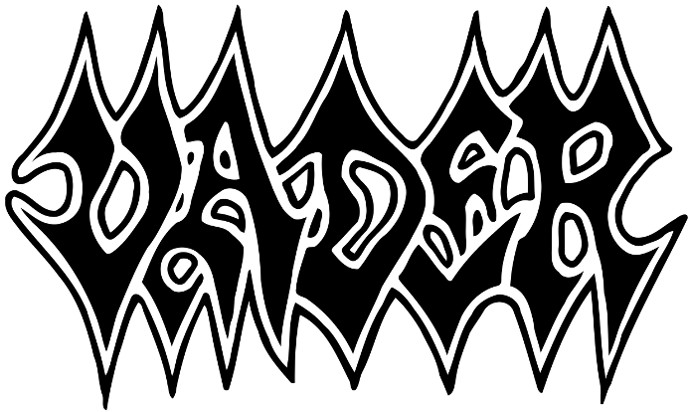 After four albums in four years, VADER took a little more time again with „Solitude In Madness“.In an interview with Piotr „Peter“ Wiwczarek we talk about this very album, the continuity in the VADER line-up and an anniversary in the discography: „Litany“ turned 20 this year!

Hi and thanks a lot for taking time for this interview! How are you doing?
All good here, thanks. Just little busy with promotion of new album and doing things, I never had enough time for. Like so called „regular life”. (laughs)

Let us begin with a celebration: „Litany“ has just turned 20 years old. What do you associate with the album when you think about it?
„Litany” was our most extreme album, I guess. At least it was in the earlier era of VADER. This album was released at the end of the 20th century and ended that „race in speed” in our discography. Next album was a huge change as for VADER.  „Litany” was not planed to be that fast and brutal. 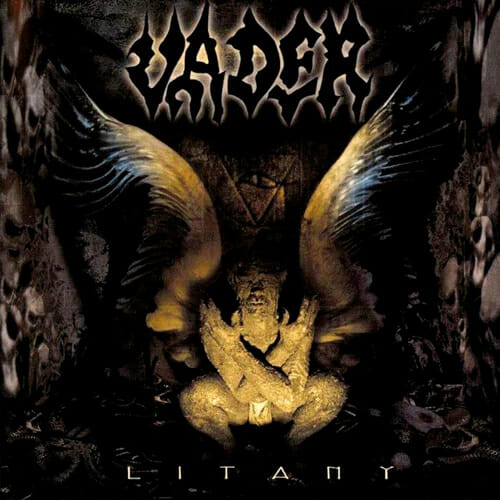 It was the atmosphere in the studio and Doc’s [Krzysztof Raczkowski, † 2005] drumming , that tuned all into such an intense album. All songs shrank so much in time, so we had to record one old song to have that minimum of 30 minutes in total. And it still was below that … Doc was like a storm at that recording session. Additional the sound attacks the ears so much: The vocals were mixed too much in a background  and the kick drums dominates the whole record. However that gave so much punch to the music, which was already brutal enough. I did not like that but the fans did a lot. (laughs) We recorded the title track again during the „Thy Messenger”-session, so you can finally hear how the sound supposed to be. We did it also because this song was planed to join the new VADER set list. „Litany” was never performed live before and this is such a brutal song indeed. 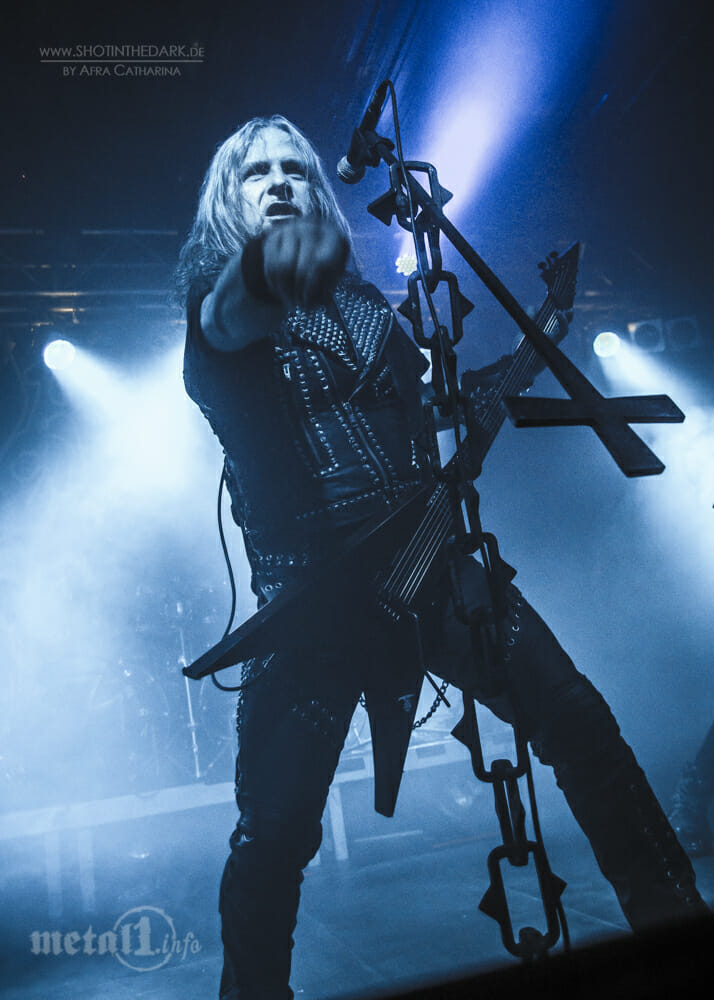 When did you realize that the album was a great success and some kind of milestone?
No band knows that before you get the reactions for the release. „Litany“ was our first album recorded for a new record label, we signed a deal with: Metal Blade. We had even some visitors from the German office at the end of the recording session in Gdansk. We did some interviews and listening session for some pretty rough material and had a nice party by „Witches Hill” in Sopot later. The German division of Metal Blade was the only one supporting us during the cooperation time. The US-division never really gave us any chance, even after such great shows in packed clubs in LA which they saw. We did with „Litany” and the soon following EP „Reign  Forever World” a few hundred shows in the next two and half years tho. The beginning of the new millenium was very intense and really successful for VADER. Not everything was that good tho, because serious problems with Doc and his drug addiction started to destroy the band slowly from inside and the next album was the last one we recorded with Doc on drums.

What do you think about the cover today – what exactly do we see here?
You see what you wanna see – and that is the answer. (laughs) The Artwork was created by Jacek Wiśniewski and this is a combination of painting , photo session and computer work. Personally I really like that one. Shows some demonic and human aspects as one. True nature of so called magic. 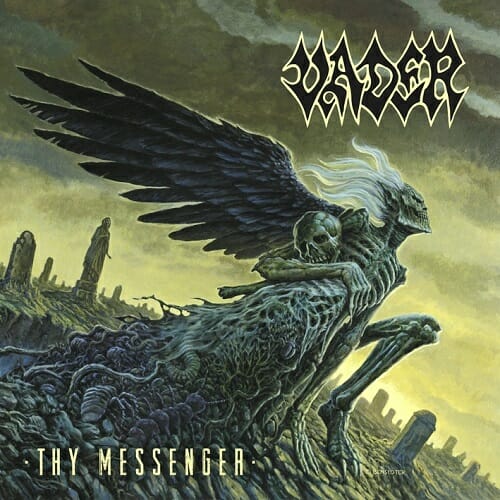 If you could change something about the album – what would it be from today’s point of view?
There is no need to change anything, since so many fans really enjoyed „Litany” for how it exactly sounds like. As I mentioned above, we re-recorded the title song last year in Hertz studio, to give an image of how this album could sound like, if it were recorded these days. Just as an example.

Did you ever think about re-recording or reworking the album, as you did with „The Ultimate Incantation“ lately?
Not the whole album. We recorded the three most crucial songs from „Litany” for the „XXV” anniversary album released twelve years ago and then – as I said already – the title track for the „Thy Messenger”-EP. The situation referring the re-recording of our debut  „The Ultimate Incantation” as „Dark Age” was absolutely different: We had no chance to release this one in ist original form as licensed release. Earache Records owns all rights for this title and they did not want to give or even sell us the permission. So the only solution to remind of the VADER debut after 25 years was to record it again. There wouldn’t be such a problem with „Litany” but we just do not wanna do that.

Is there a song on the album that you still especially like?
„Wings”, „Cold Demons” and now „Litany” are really nice for playing live on stage … so full of energy. But all rest are not much „softer” tho. (laughs) 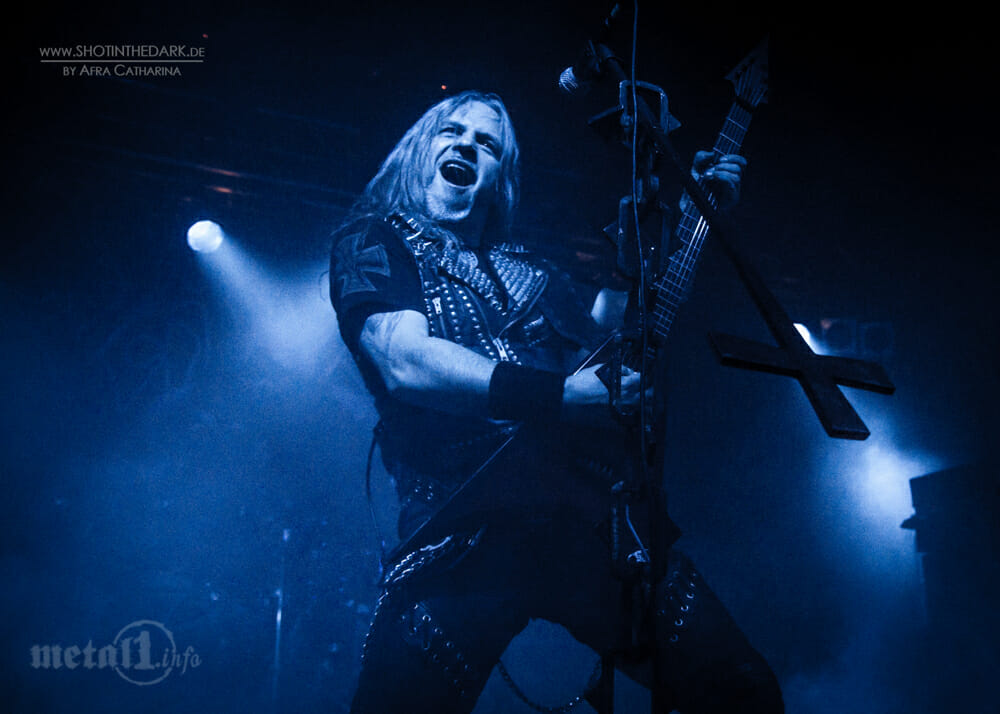 Special shows where bands play entire albums for the anniversary are kind of a trend in the metal-scene. What do you think about this? Will there be special „Litany“-Shows?
I really like this idea since I heard „British Steel” or „Reign in Blood” performed in this way on stage. We already did it with „De Profundis” , „Black To The Blind” or lately with our debut album. „Litany” was considered too and maybe we will do that in near future. However we wanna focus on the new album at the moment and add some tracks from „Litany” and „De Profundis” to the setlist. There is an anniversary of both titles this year and we won’t forget about it for sure. We planed to add the entire „De Profundis” to the set at a couple of big fest this year. But because of the pandemia all is postponed to 2021. 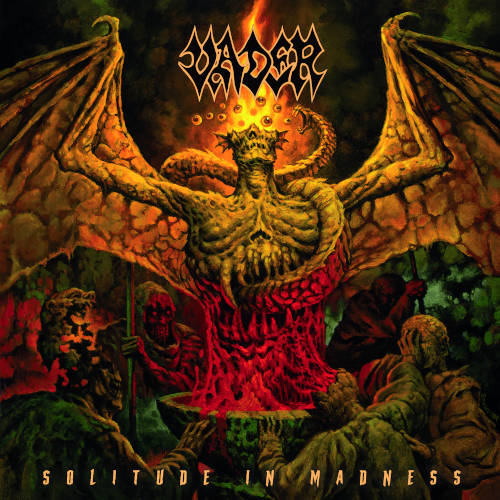 Let’s talk about your new album, „Solitude In Madness“. What does the title express for you, why was it perfect for this album?
I choose it, because I like it. It fits to many different situations, I think. It also suits my feelings and thoughts during the time of recording. However, the interpretation belongs to the listener. Like all the rest on „Solitude In Madness”. The title is a line from „Bones”, the last track on the album, and I used it as title at the end of recording session in Grindstone. It was still much before that virus stroke the world so … „madness and isolation” which followed  has nothing to do with that. So it was rather the situation that matched the title, not the opposite way. It’s like a horoscope , you know. 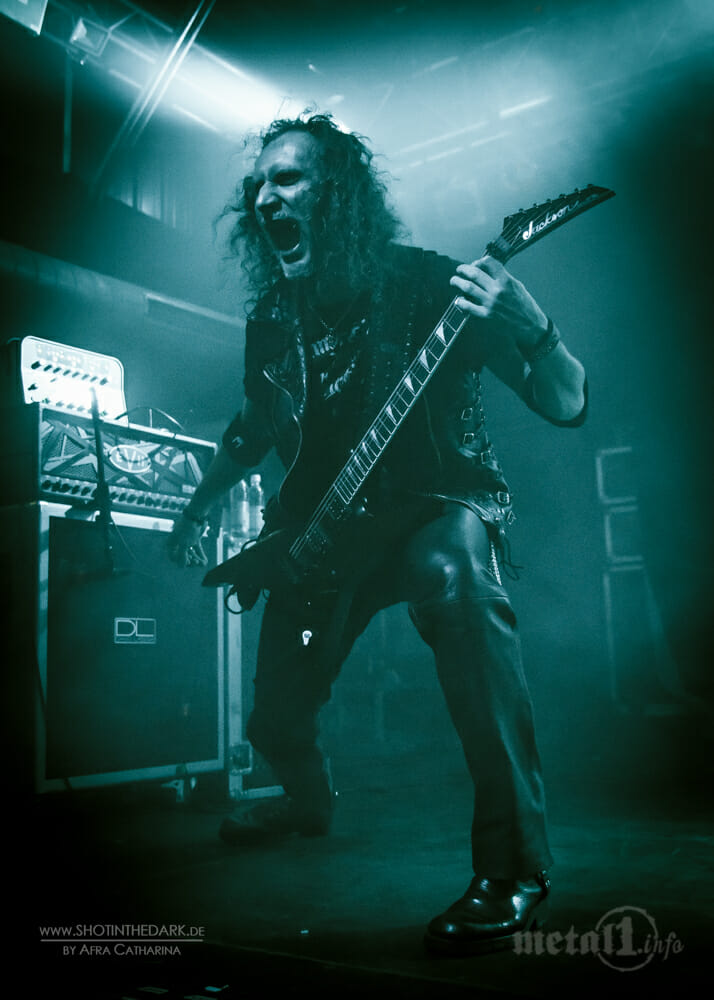 The lineup of VADER is now stable since some albums – it used to be different. What effects does this have on the band and the way albums are made?
It is much easier to work with those guys, you know. It will be 10 years in 2021 and this is already the most stable line up in VADER’s history. I am proud of that, because it is not that easy to collect good musicians, fans and friends in a so hard working band for that long. We are different in our characters and age but together, on stage , we are a perfect killing machine. And that is the point!

The album is not even half an hour long – and thus even shorter than „The Emprire“. What is a perfect album length in Death Metal for you?
30 minutes of that intensity is good enough. I’m saying that as a fan of this brutal music, not just as amusician. If half an hour is not enough tho – you can still play it again….and again (laughs)

The cover looks pretty oldschool – what is in the picture for you, what scenario do we see?
And what do you wanna see? What your imagination is telling you? That’s the answer. Wes Benscoter created a great artwork. Again! Totally correspond with the rest. And it is old school, you are right.

The current corona crisis of course makes tours impossible. How much does that affect you as a musician, how do you cope with the situation?
Human lives on the planet slowed down drastically after this pandemia hit our world.  We all have to deal with that situation and all depends on how we will cooperate together. This is a perfect test for humanity. Do we all really care? Can we all follow a necessary discipline and rules of isolation? Personally I am trying to use the opportunity as much as possible and stay home with my family, doing things I never had enough time for. I am busy person as far as I remember. We all in band are trying to deal with that doing some other works. However we live mostly from shows, so the sooner we start touring again the better, of course. 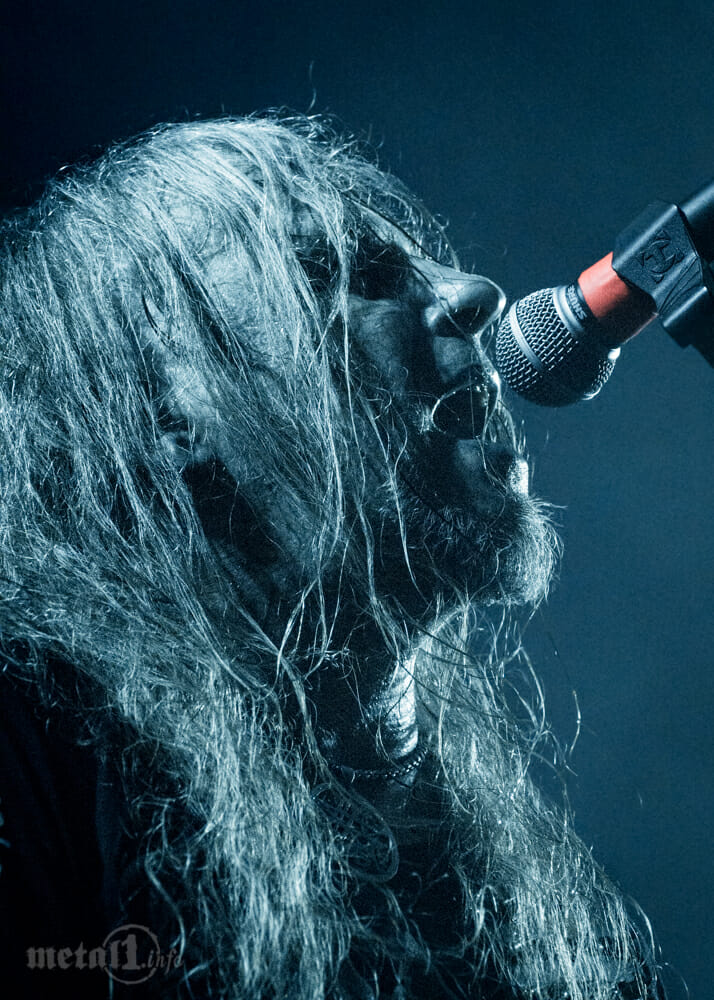 Are there any plans for a tour with dates in Germany at the moment – and for when would this be scheduled?
We plan to start a tour with the new album in September. Advancing is a standard, even if nobody can be sure how the real situation is gonna look like by then. So, we’ll start with pre-premiere performance in Olsztyn – VADER’s founding city. Then we move to Berlin to start first wing of the European Tour. It will be 15 dates – four in Germany – and it will be a continuation of the tour in March 2020 , which was ended by the pandemia. We will just modify set list with songs from the new album.

Thank you for the interview! Please let us do a short brainstorming in the end of this interview. What comes in your mind first reading the following terms:
Donald Trump: I am not interested in politic, especially when it comes to another part of the globe.
Your favorite album at the moment: At the moment „British Steel” and „Live in the East” – both by Judas Priest
Slayer – disbanded forever?  Really painful information for me. I truly believe, that they will play some more shows in the future tho.
Nuclear Blast: The best record label in this world!
Pandemic: A global situation , which we all need to deal with. Not expected, if not even shocking for our generations. However, we need that moment, when our lives slow down and we have time for all those important things, we never had time for.
VADER in 10 years: (laughs) Hard to say. Will the world still exist then?

Once again thanks for your time. The last words are yours – is there anything left you want to tell our readers?
Thanks for the chat and support! We are charging our batteries now and we’ll be ready to tour as soon as virus will be under control! 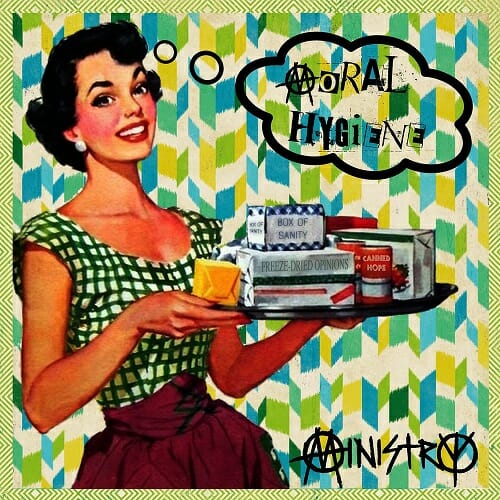 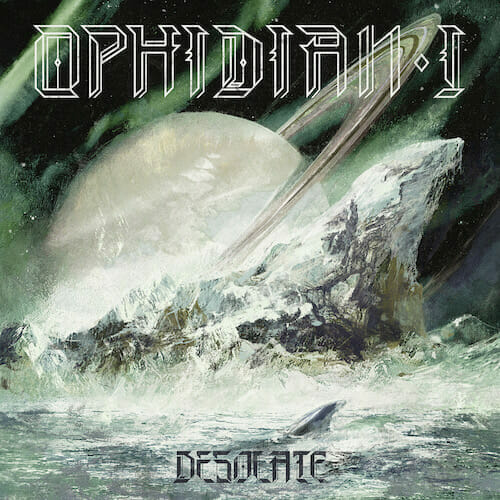 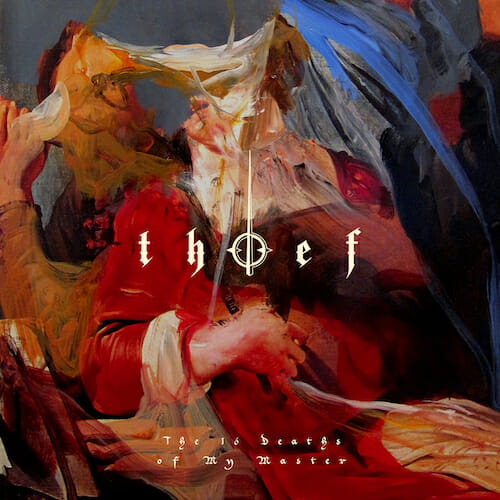 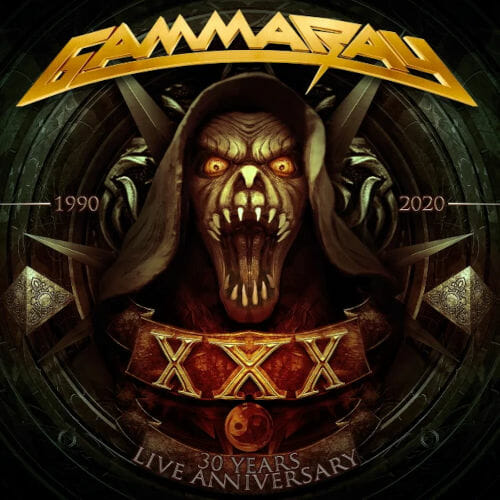 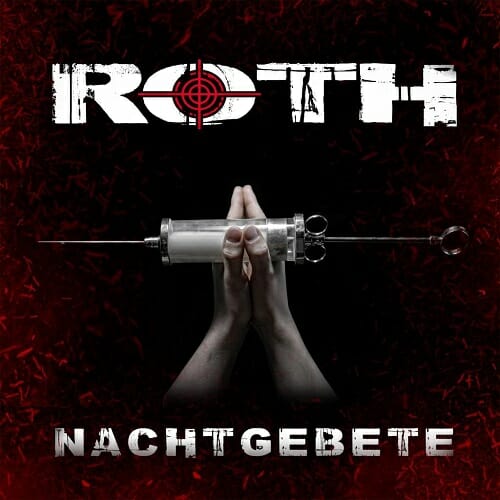 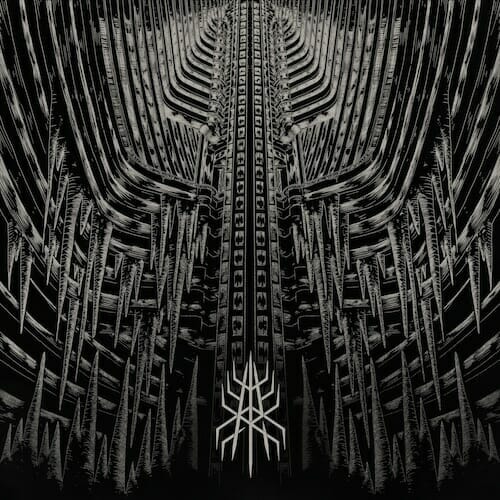 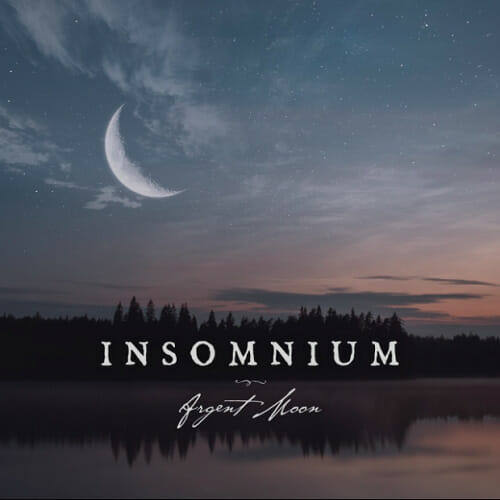 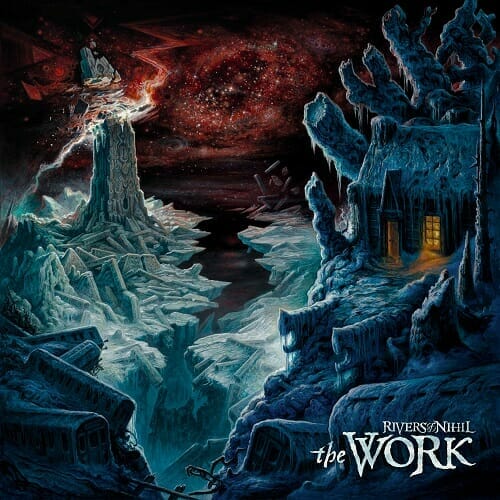 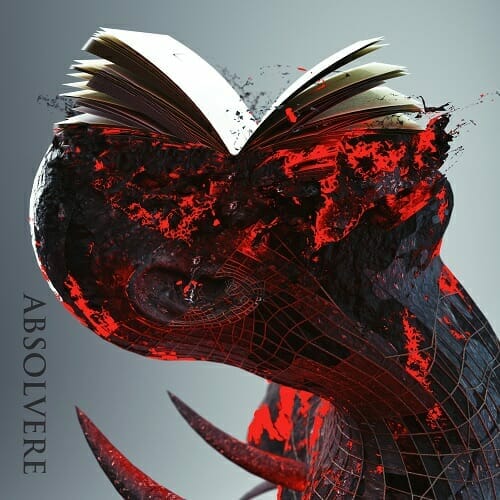 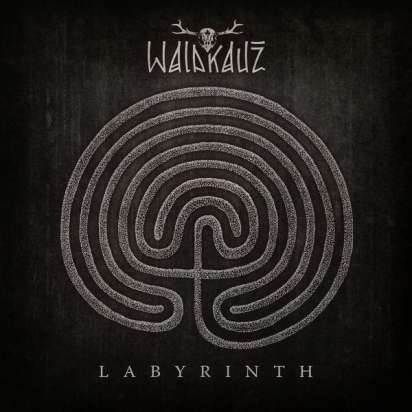 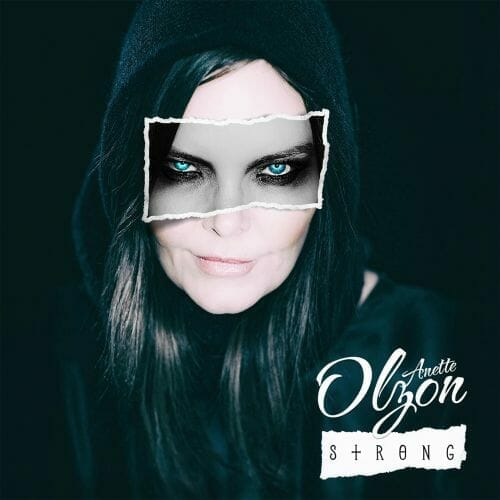 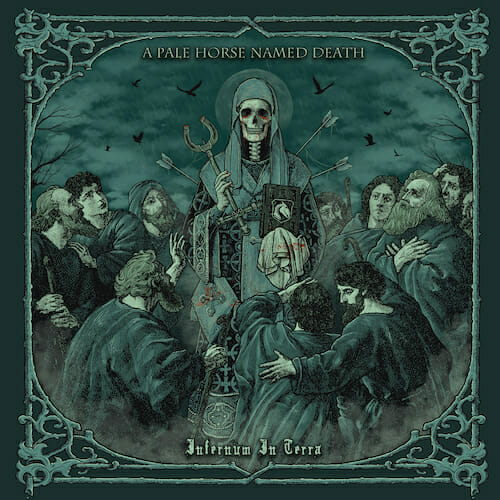 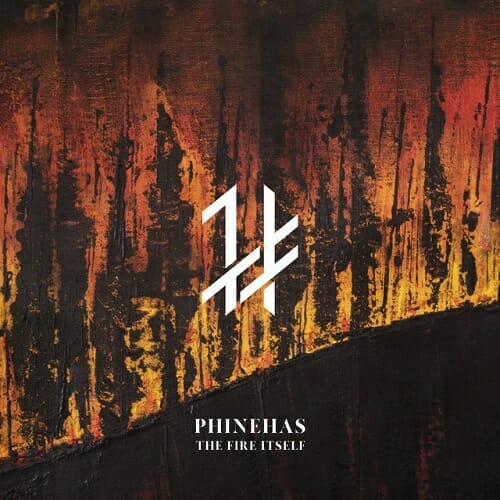 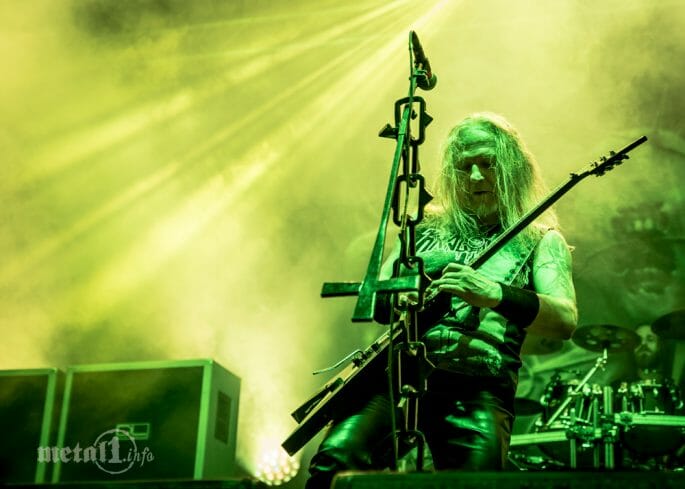 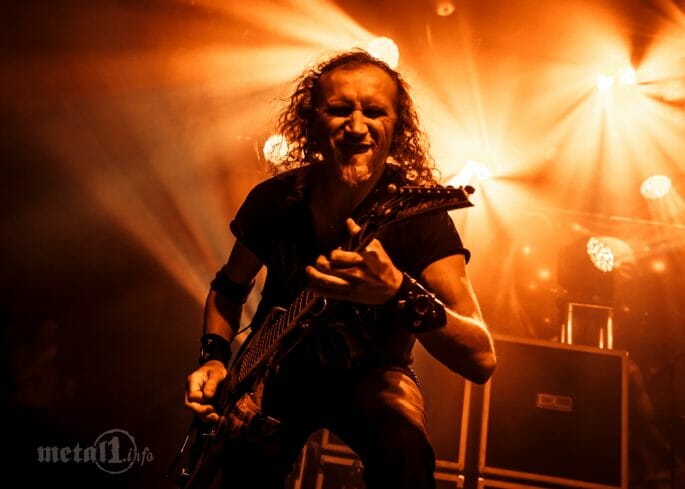